Ready For Action: Girls Of Kashmir Fight Back

Empowerment of girls at a time of rising crime against women is essential in helping them acquire strength, both physically and mentally, to fight against anyone who might seek to do them harm. Isra Binti Kaiser is in Class 11 at high school in Soura in Srinagar, the summer capital of Indian-administered Jammu and Kashmir. She has been taking special training for the last eight years at Iron Fist, a martial arts academy in Srinagar. The academy is owned and has been run since 2012 by Dr Peerzada Muhammad Iqbal Shah, a black belt in Taekwondo and other martial art styles.

Young girls turn up at the academy three days a week to train in the various sports and skills the academy offers. Most of the students, given their young age, are accompanied by their parents, who drop them off and pick them up after their sessions. In the Muslim-majority conservative society of Kashmir, the martial arts academy is something relatively new. Most people turn a blind eye toward the importance of such places and won’t allow their children to go there and learn the skills on offer. As Covid badly affected the entire population across Kashmir economically, the academy mentor, Peerzada Muhammad Adil Iqbal, decided to slash every student’s fees by half. A gesture which was very welcome.

Self-defence is important as the crime rate against females has increased in the region. In 2021, a total of 3,414 (including nine in Ladakh, now a separate Union Territory) cases were recorded to have taken place in 2020 in Kashmir. This marked a 10% increase from the preceding year, a government report titled National Crime Reports Bureau (NCRB) stated in its annual report. And in recent years, Kashmir was up in arms, demanding severe punishment for an accused who, according to police reports, had raped a minor.

An international gold medallist in martial arts, Isra Binti Kaiser has been learning skills meant for self-defence, which she believes is a must, given the facts about the recent rise in crime. “Drug abuse and crime against women are affecting society at this juncture and I believe self-defence techniques rather than just sports activities are essential in order for girls to protect themselves in any situation,” Isra says.

“We live in a society where girls have to make their presence felt, establish their careers in different fields and thus learning skills and techniques for protection at this stage are important. With the rise in crime against women, there is every possibility of experiencing an untoward incident and, for protection and safety, skills must compete with any level of force that you face,” Isra believes. She also says that self-defence not only helps to protect you but keeps you mentally and physically fit too.

Although the need for self-defence among girls has increased incrementally, Isra believes that society still lacks awareness with regard to training and skills. Society has to accept certain facts and allow their children to attend training sessions at academies like Iron Fist in order to stay fit enough to compete and ensure protection against any situation a girl may face. Furthermore, she says that in her experience, people within her society don’t support the learning of self-defence techniques, but if there was support – as well as from the government, it would certainly help in eradicating crime against women on a wider scale.

“I believe that learning skills and techniques taught from a young age would help women to grow stronger in society,” says Isra. “I want more teenagers and young people to play sport to keep themselves fit and, at the same time, learn techniques to protect them. Other girls at the academy echo similar views on self-defence.

Since last year, Iron Fist has introduced yet one more martial arts style at the academy, Pencak Silat, which students, as well as the tutor believes, has more significance for its students. Adeeba Gulzar, a Class 8 pupil from Nowshera in Srinagar and a national medallist, was learning karate and shifted her focus towards Pencak Silat last year, as she believes it holds greater value. “These martial art techniques help an individual speed up his or her actions, which plays a key role whenever an alarm bell should go off, whether it’s an attack or any other unwanted incident. I believe institutions like this are playing a key role; they are the only places where girls can learn these skills and turn their hands into weapons.”

Aqsa Gulzar, a national gold medallist from the Nowshera region, who recently passed her Class 12 examinations, also joined the Iron Fist academy in 2015. She was inspired by a friend who used to attend and had acquired some excellent techniques for staying alert in any eventuality. “We don’t carry weapons to protect ourselves, but the manoeuvres we’ve learned are enough. Regular practice helps you to improve,” Aqsa says. She adds that there is a pressing need to increase the number of Iron Fist style academies across the valley, in order to train more girls.

Mehlika, who lives in the Buchpora area which is close to the academy, is doing her Masters degree in Human Development at Kashmir University. She joined Iron Fist in July 2021 with the aim of getting physically fit as she says that lockdown, imposed by the government over Covid, had affected the mental health of her and every individual. “There were no activities at all and everyone was affected,” she says. “However, amid this situation, this institution became a sole source for me to escape my mental problems. So in 2021 I was not just training in martial arts, but also increasing my mental and physical fitness.”

“Our mentor, Peerzada Adil Iqbal Shah, gives us training which works on the physical and mental. You cannot compete against anyone unless you are mentally prepared – both types of fitness are essential for protection,” says Mehlika. Currently learning kickboxing at the academy, she adds, “This place is empowering women. We are a group of girls and are being strengthened through training in kickboxing and self-defence techniques. It is so important for girls to acquire these skills.”

“I have learned so much here in the last eight months and I want every girl to join a similar kind of institution. However there are not many in existence at the moment, and it’s very important we increase the numbers,” she says. She hopes for support from parents as well as society as a whole with regard to female empowerment as she believes that once you are mentally fit and prepared, you can conquer anything.

Eishal Mariya, a Class 9 student from the Ellahi Bagh area of Srinagar, has been training for the last six years after she was inspired by a demonstration of martial arts at her school in Srinagar. She concurs that there is every possibility of an attack, theft or similar, and that self protection is of major importance. “Martial arts can turn out to be a gamechanger for young people who are involved in drugs, as it’s an activity that keeps you active and helps if you are having problems in dealing with loneliness. That’s something that many drug addicts suffer from, and it would help in some way to turn them towards a healthy lifestyle,” she says.

Coach and owner Dr Shah is a Senior Information Scientist at Sher-e-Kashmir University of Agricultural Sciences and Technology (SKUAST-K) and runs the academy as a passionate sideline to his work. He started the martial arts academy a decade ago with the aim to teach skills for self-defence, but most of the students arrived wanting to do their training in order to gain medals and a career. After witnessing the enthusiasm of his students to enter careers in these skills, he changed the orientation over time and started to focus on sports martial arts.

At this point, Dr Shah believes that there is a necessity for his academy as there is so much depression due to Covid. This he feels has fuelled the recent rise in crime as well as the increase in drug problems. “Martial art is the best remedy for everything, including physical as well as mental health,” he says. “There are primarily two types of martial arts – sports martial art and self-defence. The latter is focused on protection while sports martial art is career-orientated. Besides, those flashy, eye-catching moves like front flips, backflips and several other athletic moves are also being taught here,” he adds.

Fights are not allowed and the techniques being taught to the students are for them to use when there is any kind of threat, he says. He adds that the students are primarily taught to neutralise any threat before the situation escalates. “Besides teaching self-defence skills, we also counsel our students and teach them the dos and don’ts of life. A teacher is basically a full-fledged guide of each student and thus we teach them everything from skills to a range of issues that affect their daily life,” he explains. “We need to increase the number of such academies. They should be opened up in different districts across Kashmir, in order to help more students living in different areas.”

During Covid, most of the institutions remained closed due to the threat of infections, but Dr Shah says that the number of students increased during the pandemic as so many youngsters were depressed during the lockdown, imposed in the wake of the virus. “I train my students through a “play-way” method, which creates an atmosphere of enthusiasm and it also helps in increasing our numbers,” he says.

“Sports activities are a must for every individual to stay fit and healthy and without these activities, it’s easy to become lacklustre,” he says. And when it comes to crime against women, he agrees that girls now have the power at their fingertips to protect themselves and it is something they should use if and when they find themselves facing any kind of threat.

NB: The Iron Fist academy is now registered with Pencak Silat, and has a new black uniform code allotted by the Jammu and Kashmir Youth Services and Sports government authority, as seen in the most  recent images. 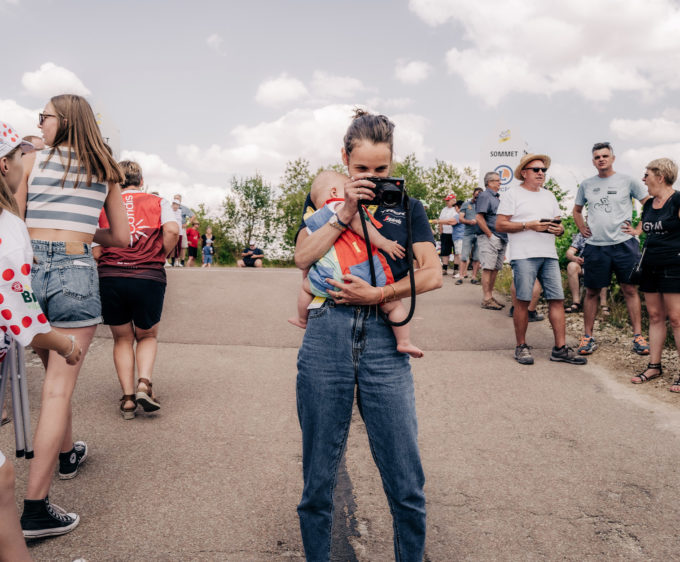 Travelling around the world with her baby daughter in tow, Jojo Harper manages to juggle motherhood while capturing intimate and usually unseen moments of the world’s best cyclists 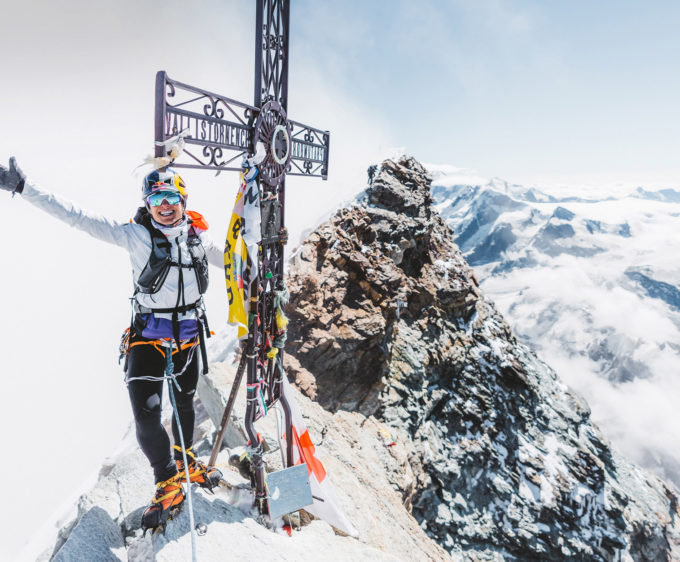 Breaking records and conquering mountains is commonplace for lawyer turned ultramarathon athlete Fernanda Maciel. We find out what drives her constant appetite for endurance sports 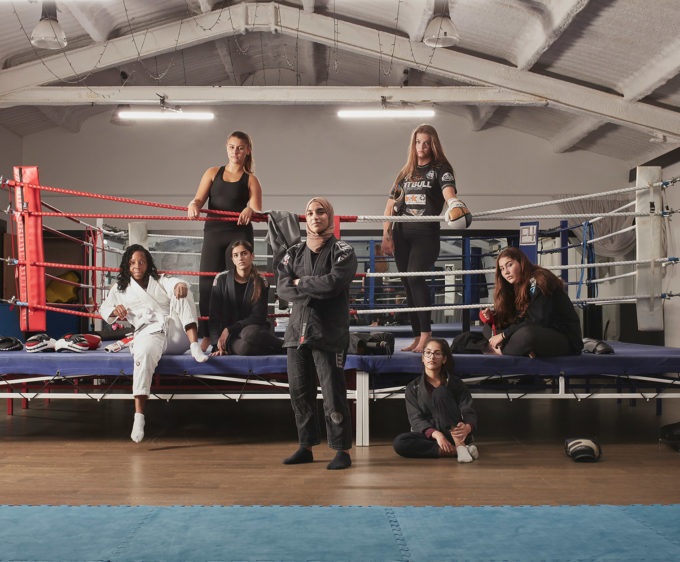 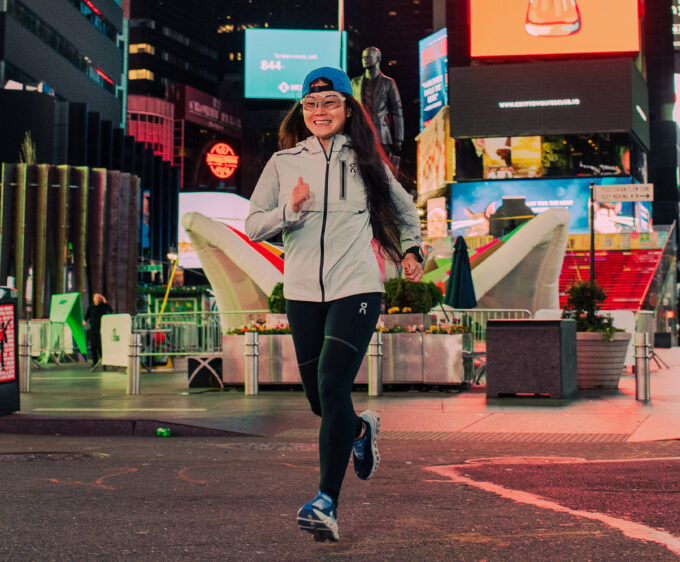