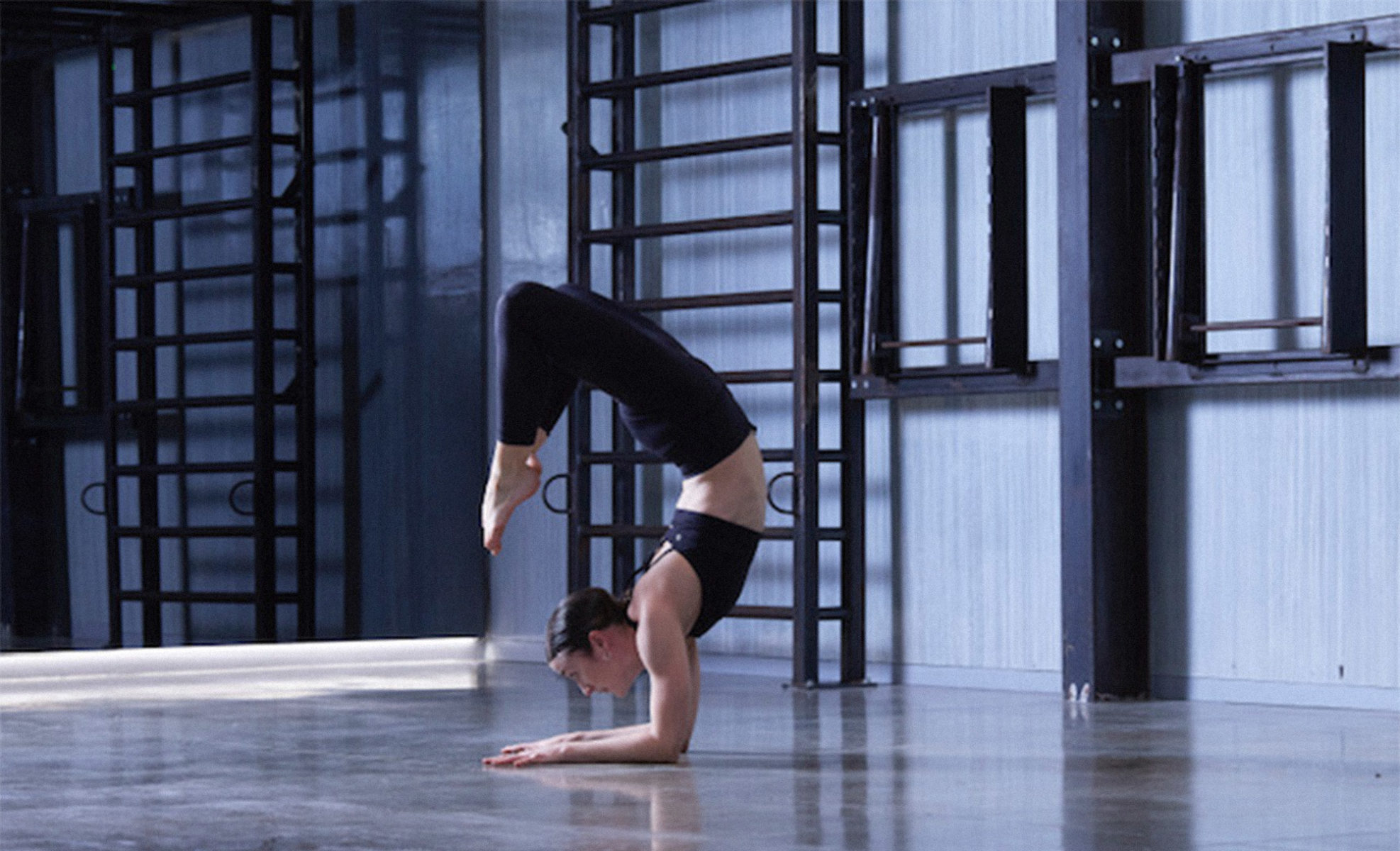 “I Was The Kid All The PE Teachers Hated”

BLOK’s Head of Movement, Lotti Maddox, tells Glorious how her role changed her perception of exercise, and why a cross-discipline approach is the key to finding joy through fitness

As an outsider looking in on the lives of incredibly fit people, it’s the default to assume that the healthy, active world they inhabit simply blossomed around them with a natural ease. However, scratch the surface of those lean muscles and popping abs and, more often than not, you’ll find a totally different story.

“I was the kid all the PE teachers hated because I just didn’t want to be there,” says BLOK gym’s Head of Movement, Lotti Maddox, explaining her uninterested attitude towards school sports when she was growing up. “I did not care about chasing a ball, running after a ball, passing someone a ball, catching a ball, kicking a ball – I could not give a shit,” she says adding that she was, instead, drawn to dancing, acting and all things theatre.

Yet a couple of decades on, ironically, Lotti’s entire self is based around moving her body professionally, as well as during her downtime, and advocating for a cross-discipline approach to fitness. “I was really lucky that I found dance and had that opportunity. Otherwise, I would have always been like, ‘Do you know what, moving just isn’t for me’, and that’s crazy. I believe everybody has got something they’ll enjoy. You’ve got to try a load of different things, throw it all at the wall and see what sticks,” she says.

From 10 years old to 17, she studied classical ballet, but was steered in the direction of drama school when her love for theatre took over. Pondering her time at LAMDA (the London Academy of Music and Dramatic Art) in relation to where her career is now, Lotti credits classes such as heavy-weapon stage combat, physical theatre and physical comedy with giving her solid foundational training in understanding how her body can move, her relationship with her body, and spatial awareness.

She says: “When I knew I didn’t want to be an actor any more, I was like, ‘Well, how am I going to use any of these tools now in the rest of life?’ But, actually, I use the skills I learned at drama school, as it was a combination of physicality and understanding people and how their brains work. That’s a massive part of what you study – and, obviously, the performance element of teaching as well.”

Concluding that the acting industry wasn’t for her any more and trying out a few different jobs post-drama school, Lotti began her starry trajectory at BLOK when a Facebook post advertising work in its first studio in Clapton, London, saw her front of house, checking people in and making coffees. But the gym didn’t just give her a job, it also untwisted a piece of herself warped from years of viewing exercise as a means to fit a certain aesthetic – something that so many, myself included, experience.

She shares: “I was lucky that it never reached an extreme. I didn’t have an understanding yet of what I needed to do to be comfortable in my body. In the final year of drama school, you’ve got agents and casting directors coming to see your productions. There was this feeling of needing to look and be a certain shape and size. I would seriously calorie-count, have a thing of soup for lunch and a thing of soup for dinner. Then I’d go to the gym and spend 10 minutes on the elliptical, spend half an hour on the treadmill, and then probably do something like 50 sit-ups, and then I would leave. It felt so hard and unenjoyable,” she says. Lotti believes her reframed perspective around moving her body was all down to being around like-minded people.

“I completely fell back in love with movement. I often say it’s a big part of my ethos and why I so fundamentally believe in what I do now. The pressure on actors to be thin… through that pressure, I lost that love of movement. Then I found BLOK and was suddenly like, ‘Oh, I can literally do this all over again.’ It made me remember how I just loved movement. I wasn’t now thinking about what my body looked like, I was so much more set on what I could do. Then I realised that teaching barre was definitely in my remit, so I started teaching barre and, bit by bit, that’s how the cross-discipline stuff was born. I then did my strength and conditioning coaching, then yoga teacher training. I became a studio manager when we opened Shoreditch in 2018, and then Head of Fitness when we opened Manchester in 2019. I became Head of Movement at the start of 2021 – it’s been one rung onto the next,” she tells me.

Although ‘Head of Movement’ can sound ambiguous to the uninitiated, it essentially means Lotti’s in charge of the fitness studio’s product. Her responsibilities are a blend of making sure the team of 10 head trainers she manages fall in love with their job (she says that people turn up for the classes, but they come back for the trainers), a bit of teaching, and overseeing class structure. She’s also an integral part of the brand’s new baby, BLOKtv, an on-demand video and live-class streaming service that launched in May 2020, almost 18 months ahead of their original plan, due to the pandemic.

BLOK’s multi-discipline approach to figuring out what type of movement brings joy to an individual is linked to how Lotti sees the future of fitness, and a slow industry shift to a similar way of thinking. “If you’re sitting on a bike and exercising, your range of movement is your feet moving around in the same cycle over and over again, whereas something like dance, or a lot of yoga, looks at your range of movement. This is at the heart of why I designed BLOK Move as a class. It’s understanding all of the different ways your body can move, and exploring that full range. Being able to move in all those different directions is going to be the key which gives you a body that lasts.”

Lotti’s rise to the top is a reflection of the brand’s USP, in that the philosophy of primarily focusing on the journey as a whole, rather than a specific end target, is where the magic tends to happen. “Being completely honest, I did not start yoga for my mental health. I didn’t start because I loved the connection between my breath and my movement. I didn’t start because I enjoyed the spirituality element of it,” Lotti says, giving an example of how she realised the importance of mastering the small components of a bigger goal.

“I think there can be a bit of snobbery in the yoga industry, that you shouldn’t be in a yoga class if you only want to learn how to do a headstand. It’s OK if you want to learn how to do a headstand. This is exactly what happened with me. I went because I wanted to be able to do the splits and a headstand. Now I move and breathe, I feel good in my body, get into all the sticky bits and it’s a completely different thing, but it’s taken me five years to get there,” she says.

Literally an embodiment of what she preaches, Lotti is applying this brick-by-brick spirit, on a larger scale. She says: “I feel like I’ve learned so much more about my job, about using the classes to balance out endurance training. This time around [she completed a half-marathon in 2018, a marathon in 2019 and Ironman 70.3 in 2021), it’s really satisfying to go, ‘Oh yeah, this does actually work.’ I’ve been doing yoga two or three times a week, mobility two or three times a week, plus some strength conditioning, plus this, plus that. It’s a lot. But it means that so far, touch wood, I’ve not had a sniff of an injury. And considering the amount of training I’m doing, it feels really nice to – hand on heart – just be like, I’m almost certain it’s because of the foundations I’ve been laying at BLOK.” 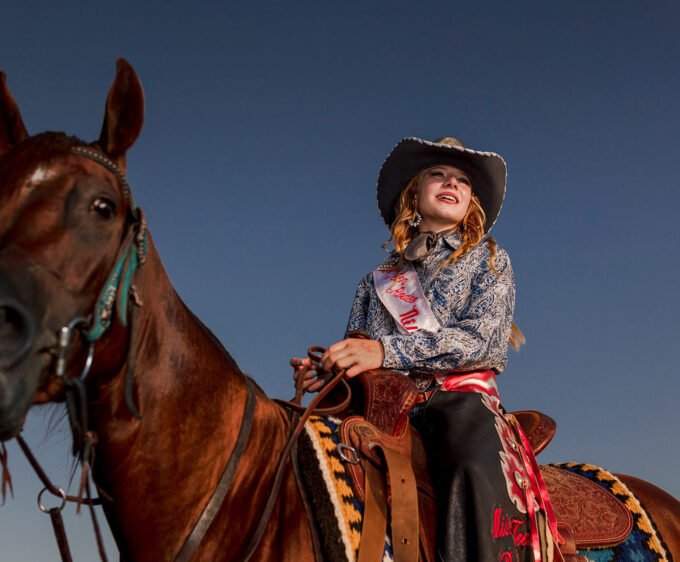 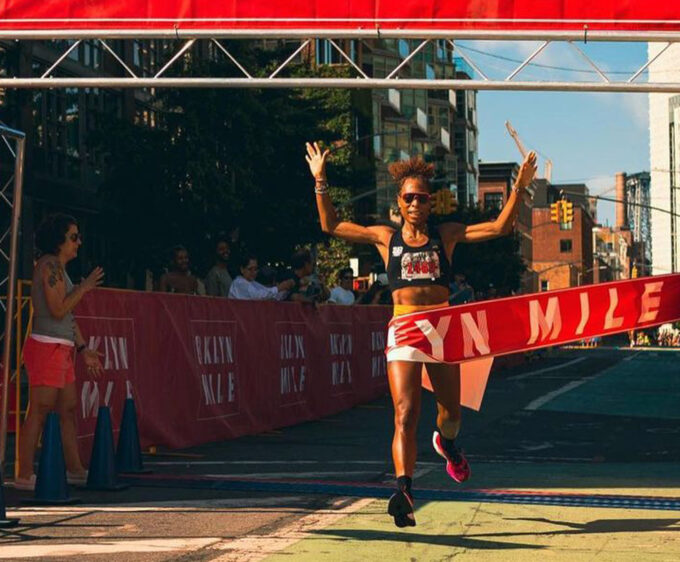