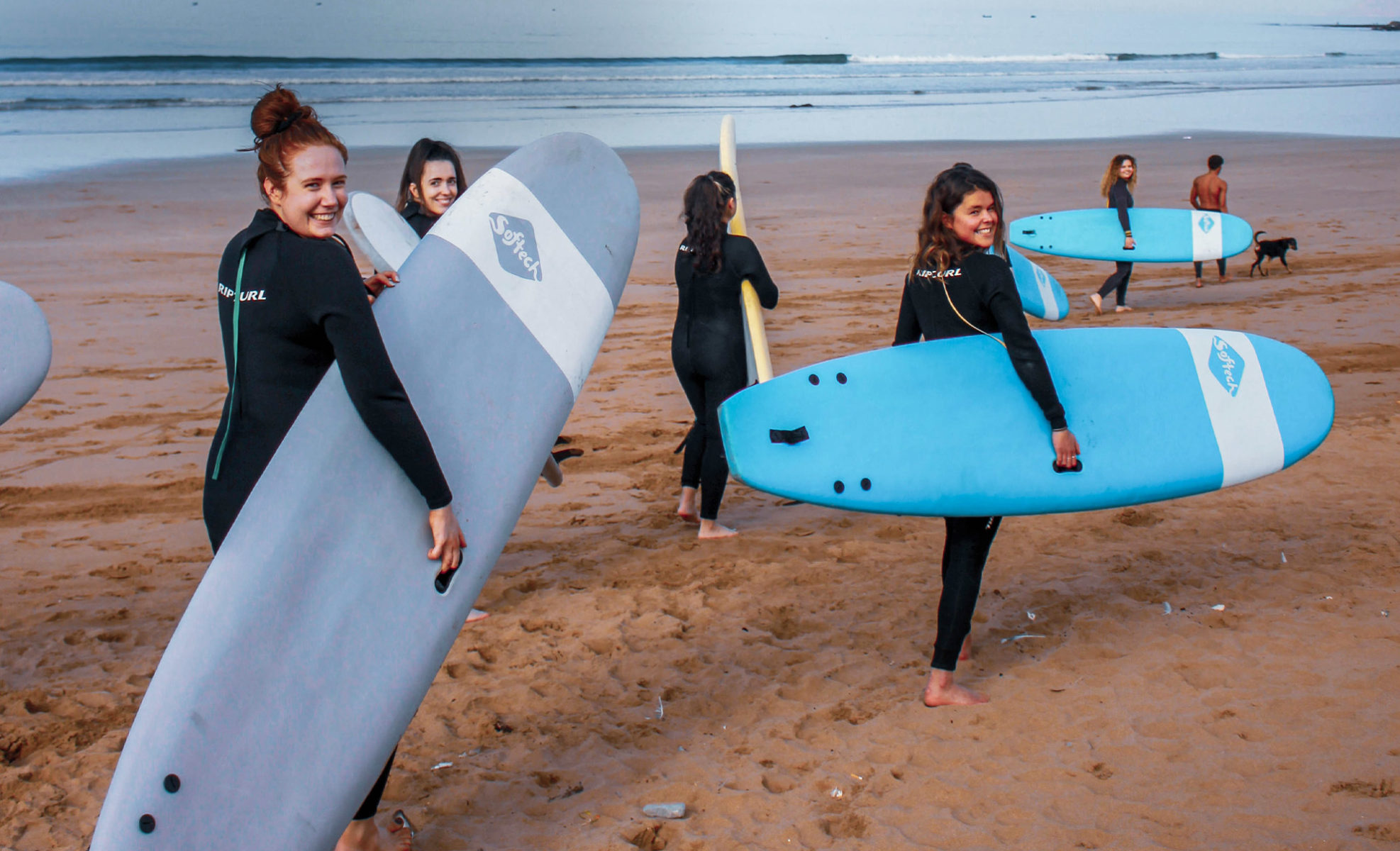 The City Girls Who Ride The Waves

After an epiphany in the waters of Cornwall, Kylie Griffiths fell in love with surfing. Now she’s created London Girls Surf Club, a movement to help other women experience the exhilaration and freedom of life on the waves

If you live in a city like London, opportunities to surf are few and far between. When Kylie Griffiths first discovered the adrenaline rush of paddling out into Newquay’s foamy swell in 2016, she was working as a fashion stylist at an east London magazine and hadn’t taken part in any kind of sport since “dabbling in hockey” back in high school. “I was born and raised in London, so the sea was a very foreign space to me and surfing just wasn’t something that was on my radar. I stumbled into it, really, at Boardmasters, a music festival on the Cornish coast,” she recalls.

“My partner is a skateboarder; he was competing at one of the events during the day,” Kylie explains, “so to kill some time while I was hanging around on my own, I booked a one-on-one surf lesson at Fistral Beach.” Here, in a spot famous as a place of pilgrimage for veteran surfers, Kylie, then in her late 20s, found something surprising while bobbing on her board in the ice-cold waters alongside more experienced male surfers, as she watched the waves from the Atlantic ocean rolling in and creating perfect peeling right-handers. Despite enduring gruelling wipeout after wipeout, she discovered a kind of moving meditation in the water that her overactive mind had been silently craving. It was the polar opposite of the concrete, noise, traffic and sirens she’d left back in London.

“In that first year, I became hooked. I was sharing pictures from my surf sessions on social media and women were DMing me to ask how I was balancing living in London with getting into the ocean.” Without a coast on your doorstep, extreme water sports like surfing can feel intimidatingly inaccessible, and if you’re a woman, the hurdles hit even higher – with the fear of judgement by others holding many women back from trying new sports, according to research by This Girl Can.

Inundated with messages from friends and followers who were inspired by her growing confidence in the water, Kylie set up London Girls Surf Club – a network whose aim is to make surfing accessible to women from all backgrounds. The club organises surf retreats in swell hotspots such as Croyde in Devon and Morocco’s Taghazout, as well as hosting meet-ups, surf screenings and networking events, all with the aim of connecting landlocked women. “The reaction to our first trip was really positive, so we started organically building out more events throughout the year, and it’s evolved to what it is now.” 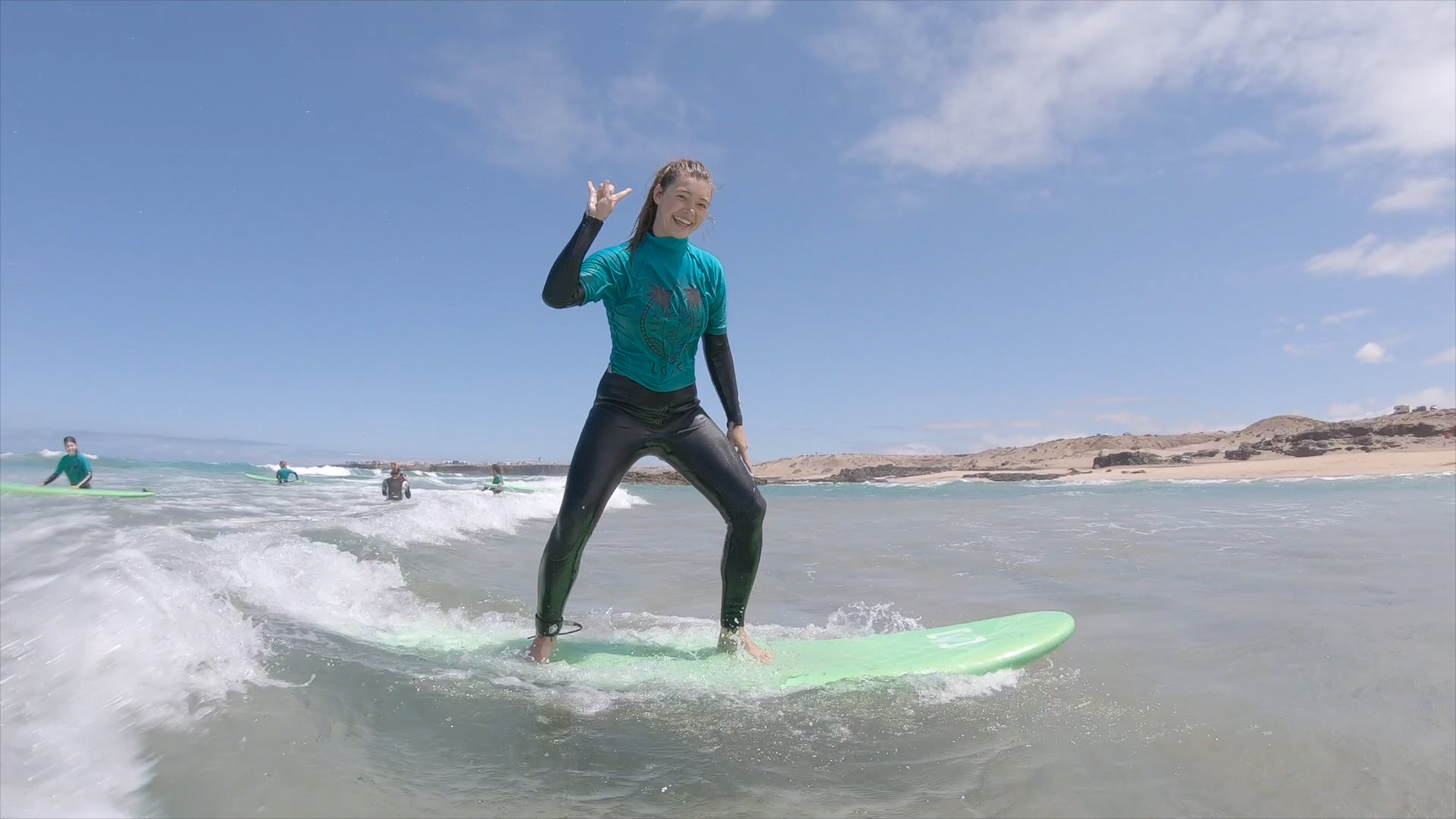 According to research, women make up just 20% of the 250,000 people who take part in surfing each year in the UK. It’s traditionally called “the Sport of Kings”, and outdated stereotypes of the surfing lifestyle mean that it commonly gets associated with men (namely: sun-bleached, So-Cal bros), but its roots go back to ancient Polynesia, where both women and men surfed. From big-wave riders to shortboarders to longboarders, professional surfers like Carissa Moore, Stephanie Gilmore and Sally Fitzgibbons have helped to change perceptions around the sport in recent years, but there’s still a long way to go – and that’s often reflected in the male-to-female ratio in the wave line-up.

While Kylie enjoys the fitness element (she even took up yoga to help with her balance on the board), it’s the mental breather that’s the real boon for her, and the ritual of surfing – revelling in all that fresh sea air and natural scenery – is something she wants all women to have access to. “I’ve always had a very busy brain. Surfing made me switch off and truly be in the moment, which is something I’ve always struggled with. Finding that inner peace and time to myself has me hooked,” she says, “as well as the freedom and calmness of it.”

Over the past five years, the club has grown into a movement celebrating diversity, and in 2019, Kylie launched LGBTQ-friendly trips out of London to the coast, where people of all sexual orientations and identities can learn to surf in a safe and welcoming environment. Accessing extreme sports, particularly when you’re queer and/or a person of colour, can be difficult in a world that can often be hostile to your identity.

Inclusivity is clearly very important to Kylie. “The main goal of the club is to encourage people to try something new and to create an inclusive space for them to do that. LGSC really helps people to find a sense of community and belief in themselves. A lot of the women who come to us are trying surfing for the first time. They like the sense of community and support you get from each other on the trips, and the chance to try something new or expand their skills in a safe space.” Many people find the experience of learning among other women less intimidating than going it alone. As Kylie puts it: “There’s nothing quite like catching the wave and being cheered on by everyone on the trip.”

Skate camps are a thing they’ve introduced, too, as skating is a skill that city-based attendees can take home with them and practise locally, which will ultimately help them with their surfing. Plus, as both surfing and skateboarding entered the Olympic fold in 2021, it put the spotlight on both sports as more than just a hobby. “I think it’s a positive thing, as it has raised awareness and encouraged people to give it a go,” notes Kylie. “We get such a wide range of abilities on our trips, with lots of people joining solo too. At the start, we wanted to encourage more women into the sport, but now we also want to bring those who are already surfing and skating together through their love of it.” Camp Wipeout takes place this year at a secret location in Devon from 26-29 August. It’s a four-day extravaganza of skateboarding, camping, surfing, beginner lessons, yoga, workshops and live music.

According to research by Surfers Against Sewage, the sport is not only suffering a gender gap but a class divide, too, and surfers are disproportionately represented in the upper classes compared to the wider population. Between new boards, wetsuits, petrol and overnight stays, it can quickly become an expensive sport, making its participation demographics woefully undiverse.

“This year we’re launching a sister charity, where we’ll aim to give underrepresented groups a chance to try surfing and skating,” says Kylie. “At the moment, we also offer a yearly trip with Switchback, a London-based prison rehabilitation charity that enables young men to find a way out of the justice system and build a stable, rewarding life they can be proud of. Seeing the difference surfing and skating has made to them has made us want to bring the benefits to as many people as possible. LGSC exists to support those who think surfing is not for them. We want to change the image of that, and I hope that following our community inspires others to try.” 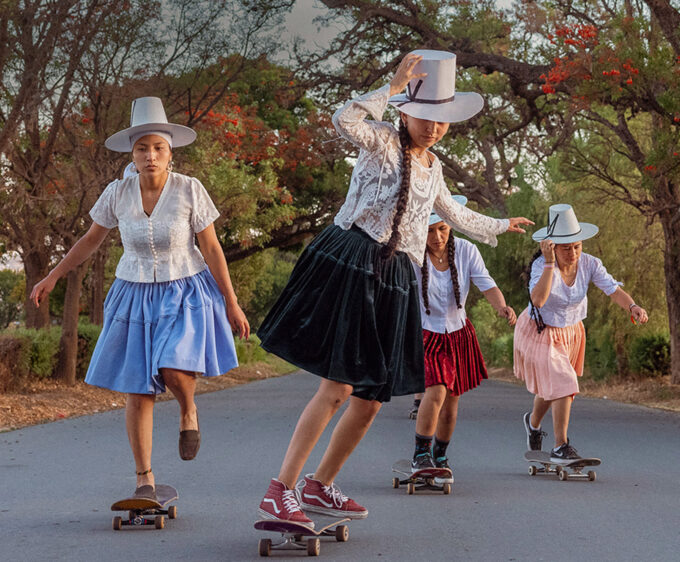 Charlotte Perriand is the trailblazing architect behind the iconic Les Arcs resort in France. We find out why she has yet to become the household name she deserves, despite her work and influence being found everywhere. 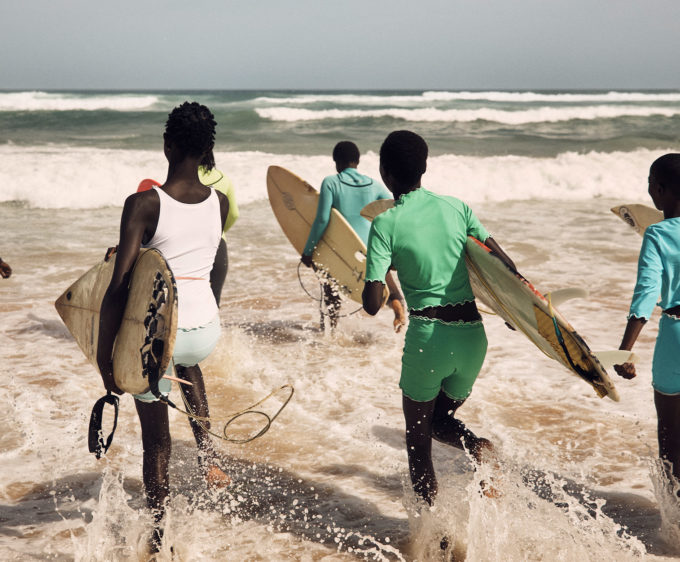 Rhonda Harper accidentally found a surf school in Dakar. Now the Californian has made it her home, plans for a bigger and better school and is helping empower local girls for whom surfing was always ‘for the boys’ 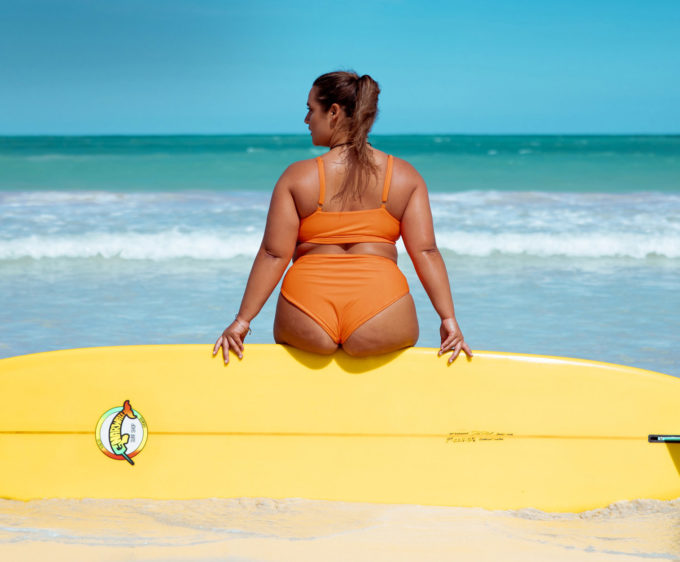