Finding Your Tribe With Aimee Cringle

Rising CrossFit star Aimee Cringle constantly battles preconceived ideas about women’s weight. Glorious chats to her to find out how she’s part of a movement that’s tearing up the rulebook

“Thin” has always been in. Well, for women at least. Rooted in layers of historical misogyny, whether we like it or not, the pressure on women’s bodies to be dainty, petite, breakable, childlike, delicate and “not take up too much space, dear” has reinvented itself many times over the centuries. From corset-laced tiny waists to 1960s angular androgyny, the default expectation of these reincarnations essentially boils down to man must equal big, woman must equal small. However, simply existing outside that parameter still irks some myopic attitudes. “Well it’s actually hard for women to build muscle anyway, isn’t it? Unless you’ve been doing it for years,” Aimee smiles.

Women excelling in traditionally ‘masculine’ sports and honing their bodies in the weightroom is a perfect example (sadly, one of many) which fan the flames of those who feel compelled to police what’s an acceptable feminine form. But 23 year-old nursing graduate turned British CrossFit professional, Aimee Cringle from the Isle of Man, has bigger fish to fry than worrying about whether or not other people think she’s too big. Her sights are set on being the fittest woman in the world.

She continues: “Building muscle is great. It gives your body more shape and you fall in love with the feeling of being strong. You want to get better each day as well. You’ll be like, ‘I lifted that yesterday so I want to lift even more today.’ I think it gets addictive, trying to get better and competing against yourself.”Aimee has always been active, one of the first things she tells me is how glad she is that she was encouraged to pursue sport as a child. “I did gymnastics when I was little, but not competitively, just for fun. Then I took up athletics and I did that for quite a few years, entering quite a lot of competitions. I mainly focused on long jump but then I kept getting niggles and shin splints. Next I started strength and conditioning at the CrossFit gym I used to go to, they had a strength training section, and I went there during most lunchtimes when I was at school,” she said. But as for that pivotal moment which led her down the CrossFit path to her first ever session, Aimee’s introduction was something of a spontaneous conversation on the bus to her friend’s house.

“I asked one of the boys in the year above where he was going and he said he was off to do work experience at a CrossFit gym. He explained that CrossFit was a sort of gymnastics – weightlifting and running – and I thought that sounds fun so the next thing you know, I’m there on Sunday at the kids’ session. I’ve literally never not been since the day I started, I just fell in love with it,” she recalls.

That love has taken her from teenage hobby to giving her all as an elite CrossFit athlete and putting her nursing career on hold for now. As someone who enjoyed being out in the community more than on the wards, Aimee says she misses helping people and the fulfilling aspect of nursing but hasn’t completely ruled out a potential return much later down the line.

However, depending on how much you really believe in the invisible hand of fate guiding us through life, Aimee seems to have perhaps always known her own story was going to play out like this. She says: “I think from when I was little, when someone asked you what do you want to be, I’d always felt like I wanted to be an athlete. So maybe this was meant to happen. CrossFit has transformed my life socially. I feel grateful to be able to travel around and meet loads of amazing people, doing what I love.”

Being a fast rising star in the world of CrossFit doesn’t always mean Aimee’s immune to the inner voice second-guessing the effort she puts into building her physique to compete at a professional level. “I don’t want people to think, I must love my body. Because there are days when I’m like, should I be this heavy?” she says. “It’s usually on the days when you’re not lifting as well or as much. It makes you think: why am I this big when I can’t even lift that? Especially when I was smaller and used to maybe lift just as much.

“But then you go to a competition, see everyone else and they’re a similar size and I’m like, well if I was back to being thin – but I was never “thin” – if I was back to being leaner, could I pick up that barbell? Probably not. Or maybe I could do it, but then I’d probably not recover enough, or even in another 20 minutes, which is what I have to do [in a competition] now. So I think it’s for the best that I’m a bit more padded,” she muses.

Although society has come on light years in a short space of time to forcefully widen the narrow spectrum of what’s considered beautiful in regards to the female shape, it was only 12 years ago Kate Moss made a throwaway comment during a 2009 interview with Women’s Wear Daily, saying one of her mantras was: “Nothing tastes as good as skinny feels.” Despite Kate since apologising and deeply regretting her words, it was the quote which launched a thousand poisoned ships into the cultural collective consciousness which reaffirmed “thin” as the prize once again. This particularly hit women hard within the millennial generation and older cohort of Gen-Z. They had spent their formative years growing up on platforms like Tumblr and falling down the rabbit hole to land in a sticky, unwell web of the internet where their pliable minds were too immature to grasp the extent of the life-changing damage being done, photo by photo.

Thankfully, Aimee’s too young to properly remember that dark period of online history and sees her brilliant body as the key which has taken her to places she never thought she’d reach as it’s all about giving the best performance possible, even if she’s considered “big” by some. “I think that gaining muscle has been so gradual for me, I didn’t even notice. Just as long as I’m feeling strong, because you can do a lot of things that the majority of people can’t do – which I’d rather do – than be just normal. Not saying I’m not normal!” she laughs. Aimee goes on to talk about her muscles: “I used to be: what if people think this, what if they think that? But then I’m like, people can think what they want. Everyone’s gonna have an opinion at the end of the day, aren’t they? That’s what I constantly remind myself of.”

Like all standards of beauty trends across fashion, make-up, hair and the rest, there’s a rise, a fall and then a rebranding of the same thing boomeranging back to masquerade as new. Naturally, the antidote to celebrating collarbones and size zero of the noughties was women with thighs that actually touched, enjoying food to fuel impressive physical feats in the gym or sport. “Strong not skinny” was the replacement mantra gaining traction to blast away the infamous line associated with Kate Moss. But like a weed that’s only been chopped off at surface-level, parasitic “thin” began sprouting through the growing wellness industry repackaged as orthorexia, an extreme obsession with “healthy” eating that tried to convince us all that spiralised courgette was just as satisfying as slurping a bowl of traditional spaghetti.

Doing a 180° switch once more led to the prominent BBL (Brazilian buttock lift), bubble-butt era and surgically-enhanced “slim thick” bodies. That brings things up to where we are now with the 90s aesthetic revival, a New York Post article decreeing ‘Bye Bye Booty: Heroin Chic is Back’ in November alongside drastically slimmed-down Kardashians. The toxic thin cycle starts again.

There’s huge chunks of hope though, as we learn more and gain greater personal control and access to the type of media content we’re consuming. It will show our brains different bodies achieving different things such as seeing inspirational women like Aimee live out their dreams with sponsors, improvements in competitions and hard work paying off without worrying whether or not she fits the restrictive mould of what some still expect women to be.

Speaking of her next moves, besides possibly going back to nursing in the distant future and maybe having her own little porridge range, Aimee says: “I’ve got Wodapalooza Fitness Festival in January as an elite individual. Then the CrossFit Open and I’ll see where it goes from there. Hopefully getting in the quarters and semi-finals… we’ll see. I have my eyes on the CrossFit games, but the standard is getting so tough to qualify. In Europe it’s 10 spaces and so many good European athletes. But, I guess that just makes us all that bit better when we all try to qualify. So I better get to work!”

Editorial design by this is root 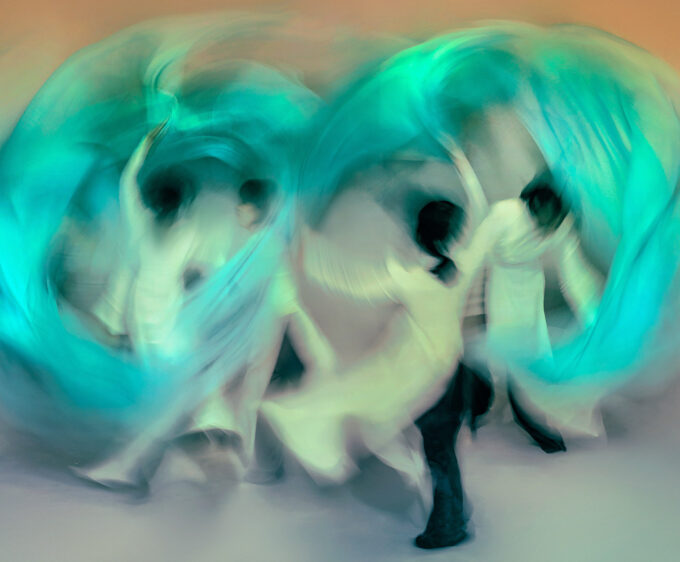 Vietnamese photographer Chiron Duong’s work is all about emotion: love for his country, its food, its people. And his project, on the Ao Dai national costume, gives us an insight into his world 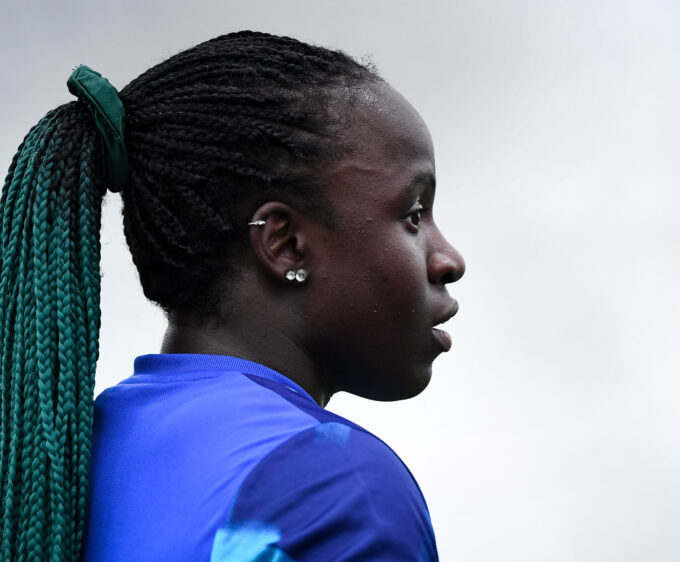 Rugby player Simi Pam was left with no choice but to cut off her hair. In Simi’s own words she raises the important issue that Black women face, and how their hair will often deter them from playing sport 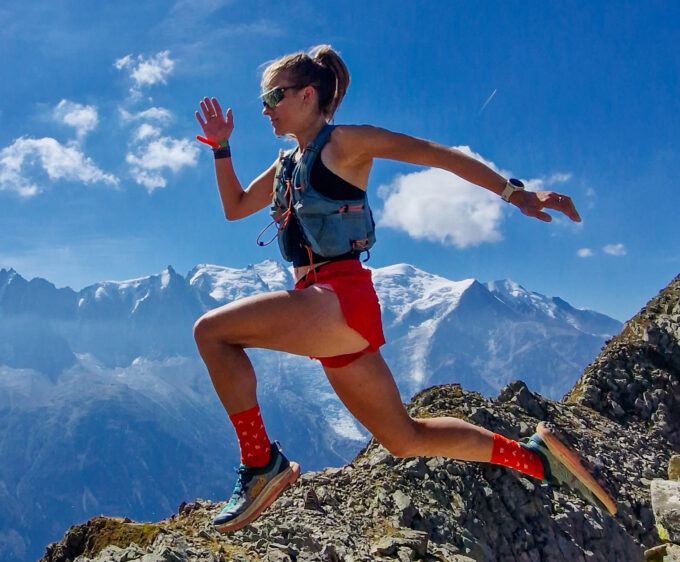 Flora Beverley, aka Food Fitness Flora, knows the effects of a bad relationship with food, but those times are long gone, and she now channels her energy into helping others lead a healthier lifestyle, as well as training for her next ultramarathon