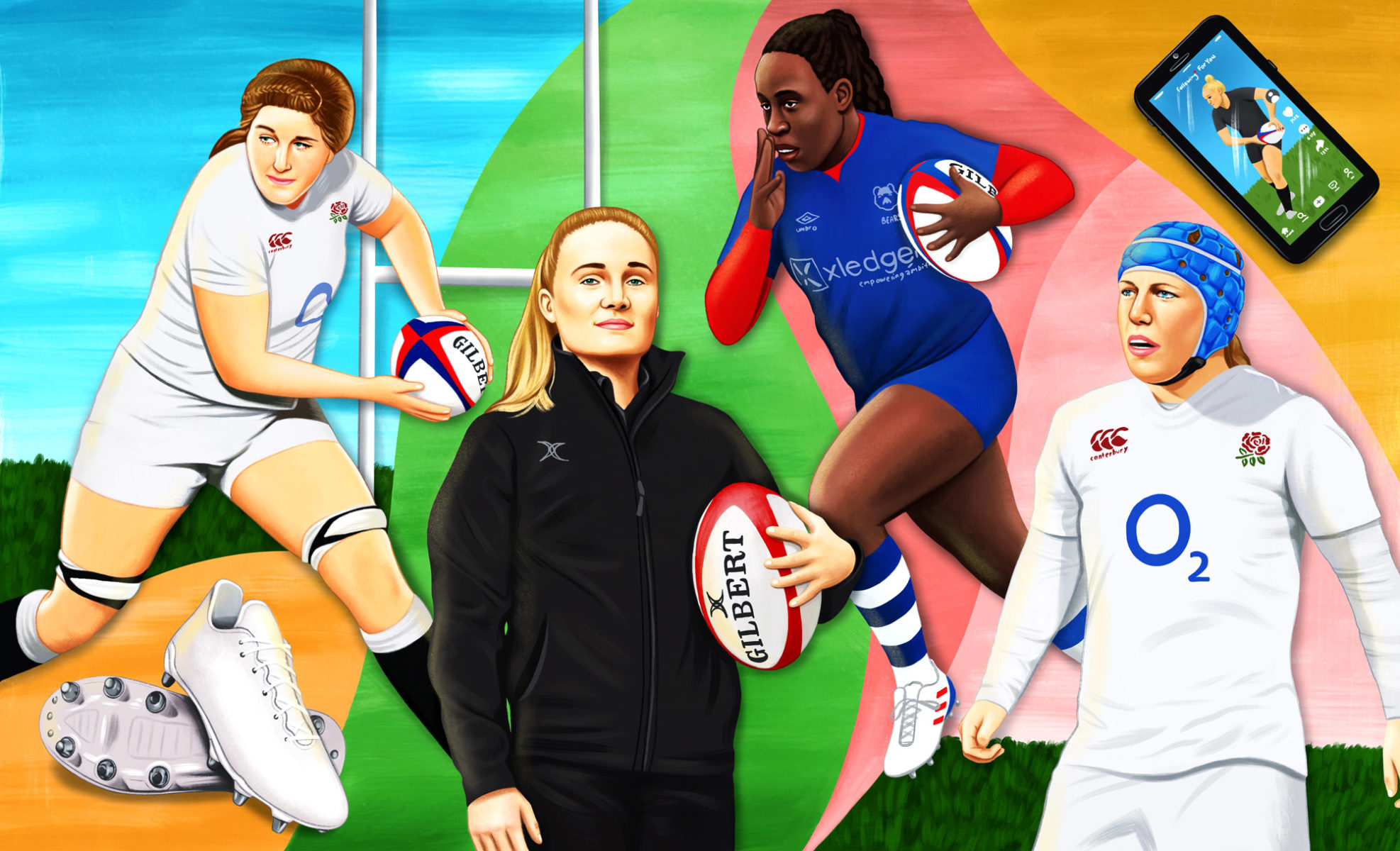 Women’s rugby gets serious as the big brands move in. Four players talk sponsorship, social media and getting set up for life

Typically, when a sport begins to go through the process of becoming more professional, players are introduced into a world of contracts and negotiations which enable them to go full time, playing the sport they love. However, women’s rugby is, as always, breaking the mould. The sport recently underwent a significant period of growth, and with that comes attention from brands and sponsors who all want a bite of the cherry. And that cherry is the players.

Players are now beginning to pick up on this shift and turn their passion into a job, but not from traditional club-based contracts. As social media continues to rise and become a staple in a consumer’s daily routine, brands are consistently on the lookout for ambassadors to advertise their products. We sat down with four leading women in the rugby space to find out exactly how players are using their platforms to further their careers.

First up, England’s most capped player Rocky Clark sets the scene. “When I first started playing, we had to pay to play for England. We paid £25 for the weekend which went towards kit, hotels and travel. Around five years later, we got petrol money. Eventually, we didn’t have to pay for our kit and, at the time I didn’t remember any huge sponsors around,” reflects Rocky. The now-retired England international revealed that her only experience of sponsorship at that time came about as a fluke: “The guy who owns Samurai Sportswear, Terry Sands, sponsored me because I was a prop playing sevens.”

She continues: “A couple of times, we got a free pair of boots, and we were so grateful for that.” Most individuals involved in women’s rugby, or any women’s sport for that matter, tend to be cautious of using the word ‘grateful’ in any narrative. But, back in that time, when the sport was only just finding its feet, it was hard for players to be anything but grateful for a free pair of boots. Since retiring from international rugby back in 2018, she has dived headfirst into building her own profile and is currently creating content on TikTok, among other projects. Ironically, Rocky explains, she is more sought after now than she was as an England international. “This is the most supported I have ever been, in terms of getting brand deals or sent things from companies, which is strange because I am retired,” she says.

Fast forward a few years, and players from the elite level right down to grassroots are being consistently courted by brands. Why? Flo Williams, Wasp’s fly-half and newly appointed Welsh international, explains that it’s because they have an audience. “The shop window for women’s sport is moving into a digital space – most people consume women’s sport on a digital platform. That’s where brands find their engaged market.” Well known for her punchy work around marketing women’s sport, Flo adds: “Brands are more likely to engage with an athlete because they stand for the same things that the brands do. All focus was on male sport 15 years ago, but now we are seeing a shift towards women’s sport.”

Flo was recently involved in a branding deal with Gilbert Rugby who, in a first for the brand, have taken her on board as an ambassador. Of course, her deal with Gilbert is no outlier in the women’s rugby branding space. Canterbury recently welcomed grassroots player Zainab Alema and England International Ellie Kildune onto their books, whilst Adidas have long had links with Harlequin’s captain Rachael Burford. “Female athletes are not usually blessed with huge followings, viewership or prime time TV slots, so to negate that issue you have to have a different standpoint, for example, being vocally purposeful,” Flo adds.

Speaking of vocally purposefulness, you don’t get much more vocal than England international and Saracens player Poppy Cleall, who is well known for her unique charm both on and off the pitch. As well as using various social media platforms for successful branding deals with the likes of Mizuno, Poppy is well versed in using her platform to make positive change in the game, often making it known when something doesn’t sit right with her. “I didn’t think about my personal brand early on in my career, but it’s something I am aware of now,” says Poppy. “You can get quoted from anything you put online, it’s a portrayal of me and I have to make sure I stay true to myself and am authentic both online and offline.” When asked if social media held power for athletes, the England rugby player agrees, saying, “Players need to see it as a useful tool for their future, not only can it help them out during their career with things like kit deals, but it also could help them long after they have hung up their boots. It’s all about building a personal brand, and players should be switched on to this.” Being an England international, Poppy is represented by an agent who handles most of her branding deals.

As the conversation naturally turned to brands who are doing well in the women’s rugby space, Poppy’s answer is one that was replicated across the board. “I’ve worked with a few brands, and O2 is the one that stands out for me, they treat both female and male athletes the same across the board, I am treated with the same respect as a male player and we are both compensated in the same way, which is a rarity.”

Looking to players who are on the cusp of brokering into a professional career whilst still balancing a full-time job, we spoke to Bristol Bear’s Simi Pam. Simi, who is a doctor by profession, works as a locum, which gives her a rare flexibility to plan her shifts around her rugby commitments.

“The potential for players to transcend just being a regular club player and move into the full-time space is there,” she states. The appetite for women’s rugby is big, we have seen people want to watch it, engage with it and be part of it. Brands are now seeing this and want to be a part of it too.”

The Bristol Bears prop who is known for her fast feet at the try line explains: “Brand sponsorship is an indirect way of turning yourself into a full-time rugby player. I can see more and more women taking this road, as opposed to chasing full-time contracts.” Branding deals can transform an athlete’s career. Not only does the financial support help ease the pressure of having to work full time, but the status of investment that a big brand brings along with it can be life changing.

Simi recently worked alongside global sportswear company Gymshark to feature in their upcoming campaign. As well as this, she has close ties with Rhino. “A deal would free up time to allow me to be more flexible,” she explains. “I could focus on rugby whilst having another source of income, which would mean I wouldn’t have to work in hospitals as much, which would mean I could again focus on rugby. It’s a cycle.” “Being a rugby player at the moment is really exciting,” Simi says, smiling. “We are at the turning point in the game where players can now turn to brands for support, and I am excited to be part of that growth.”

Although the world of women’s sport can sometimes be difficult to navigate, women’s rugby is certainly a sport to watch. With sustained periods of growth comes increased attraction from a variety of different sectors.

The women’s game doesn’t have to follow the same path as the men’s, it’s free to find its own way ahead – and that’s exactly what it’s doing. For the first time in the game’s history, the Women’s Six Nations now has its first title sponsor in TikTok. By association alone, this sponsorship gives the women’s game a new level of respect. By default, this newly earned respect then transfers onto the players, who can reap the rewards via branding deals if they have the right guidance in place to monetise their passion.

One common theme across conversations with all players was personality – social media allows them to communicate with fans in a way that was never possible before. No longer are they constricted to rigid media style questions, they now have the power to exert control over the narrative that they want to put out about themselves and the sport they play. 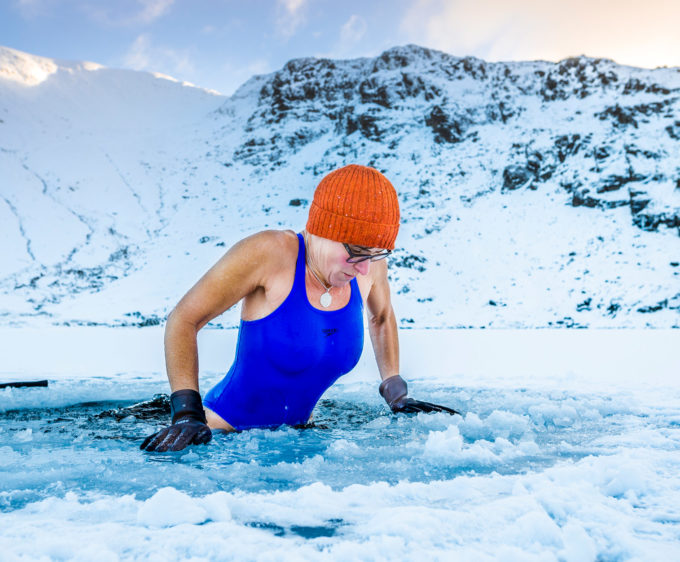 “I was dressed as a ‘hairy Highlander’, which seemed like a great idea until I nearly drowned trying to swim in a kilt!” Fearless cold water swimmer Gilly McArthur chats about her love of icy dips and why she thinks more of us should be doing it 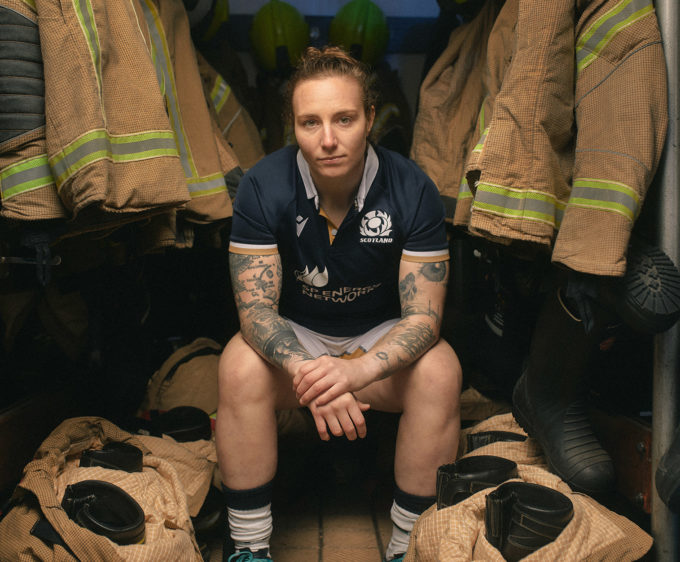 When she’s not bringing the firepower with Harlequins or Scotland Rugby, Jade Konkel is fighting the blaze with the London Fire Brigade – and she wouldn’t change it for the world 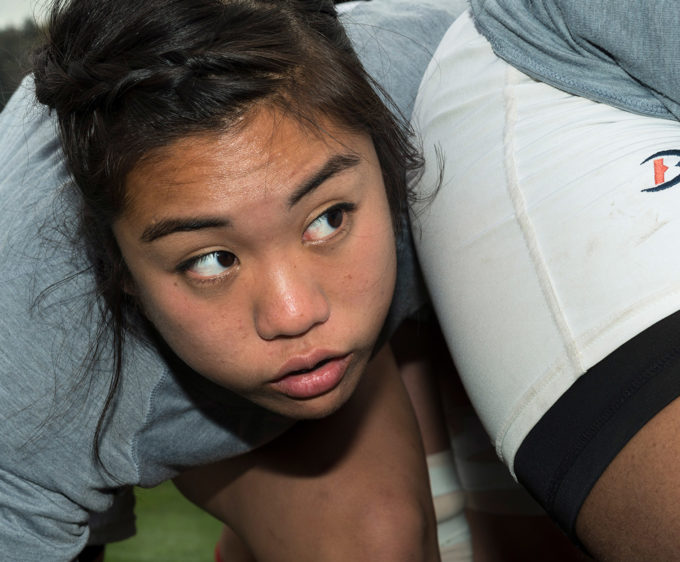 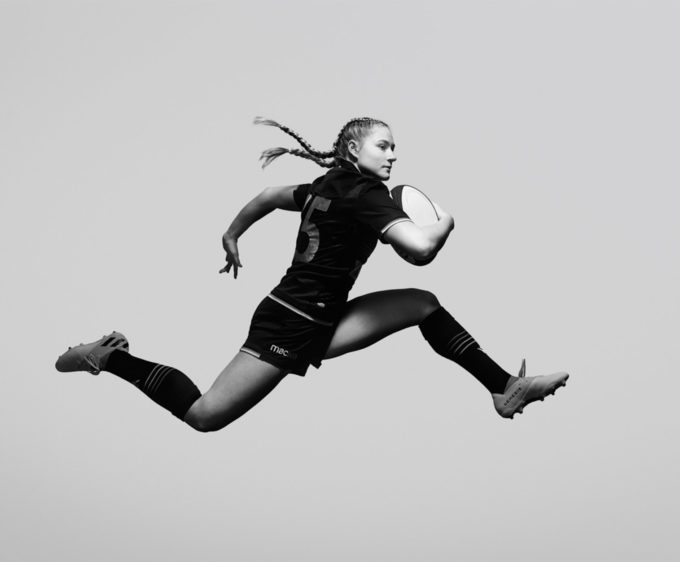