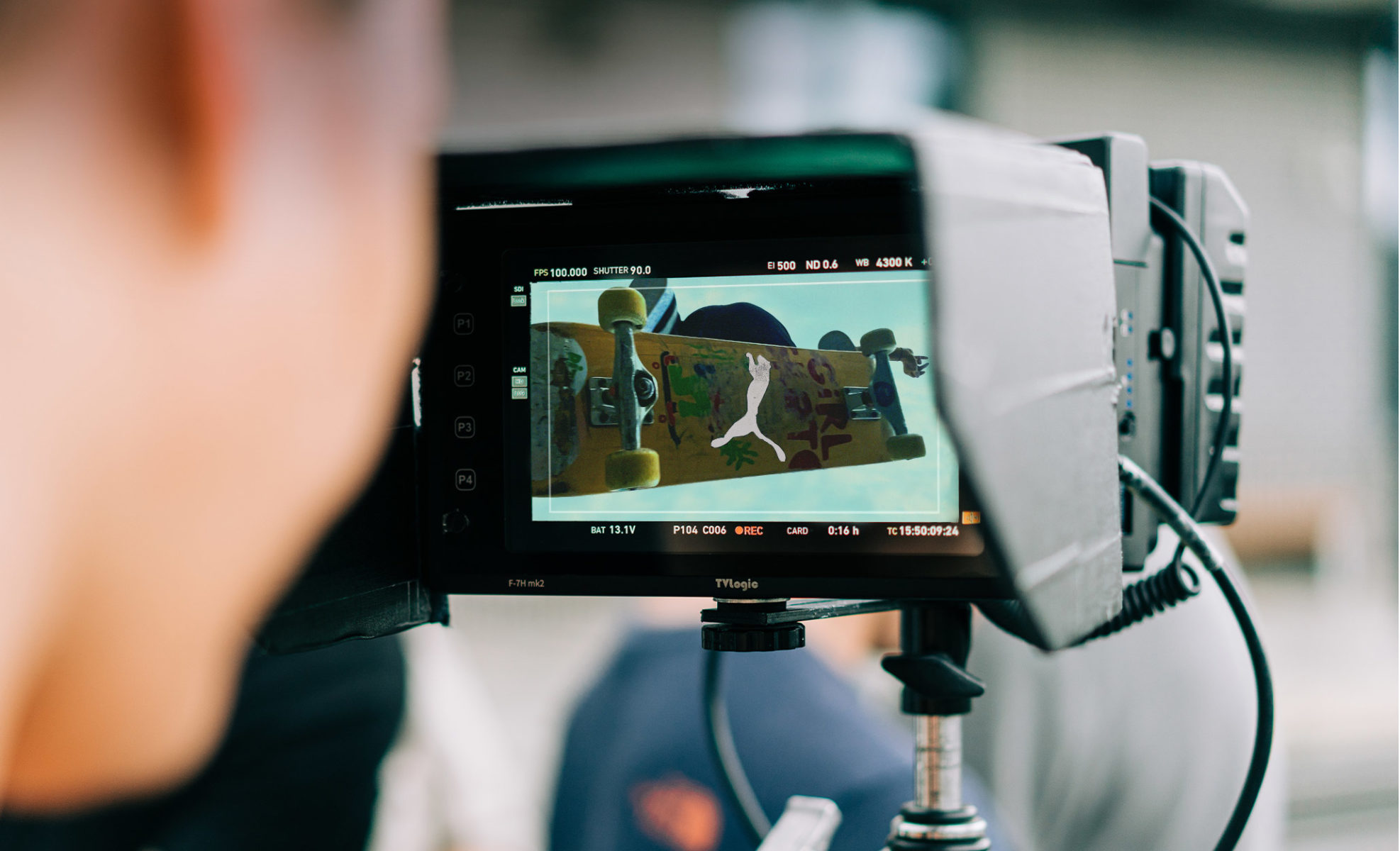 We’re all guilty of mindlessly scrolling on our phones; minutes and even hours pass by as our fingers flick, click and tap across the screen. If you want something more tangible to illustrate the significance, then picture this: 300 metres. That (plus a little bit more) is the approximate distance the average person scrolls on their phone every day. It’s a number that sticks in your head, and for the creative minds at PUMA, it was a statistic that ignited a spark for their latest campaign: PUMA300.

“Obviously, social [media] and tech bring a huge amount of positive change… but I think, for most people, that scrolling is now just a habit,” explains Jodie Sayer, Head of Sports Marketing at PUMA – and one of the influential forces behind this latest campaign. It’s this “mindless” scrolling that she’s so passionate to convert into mindful movement. “We know that a short amount of moving our body – 10-15 minutes, in fact – can have a positive effect on our mental health,” she says, “so why not turn the time spent scrolling into an act that’ll boost your mood and wellbeing?” 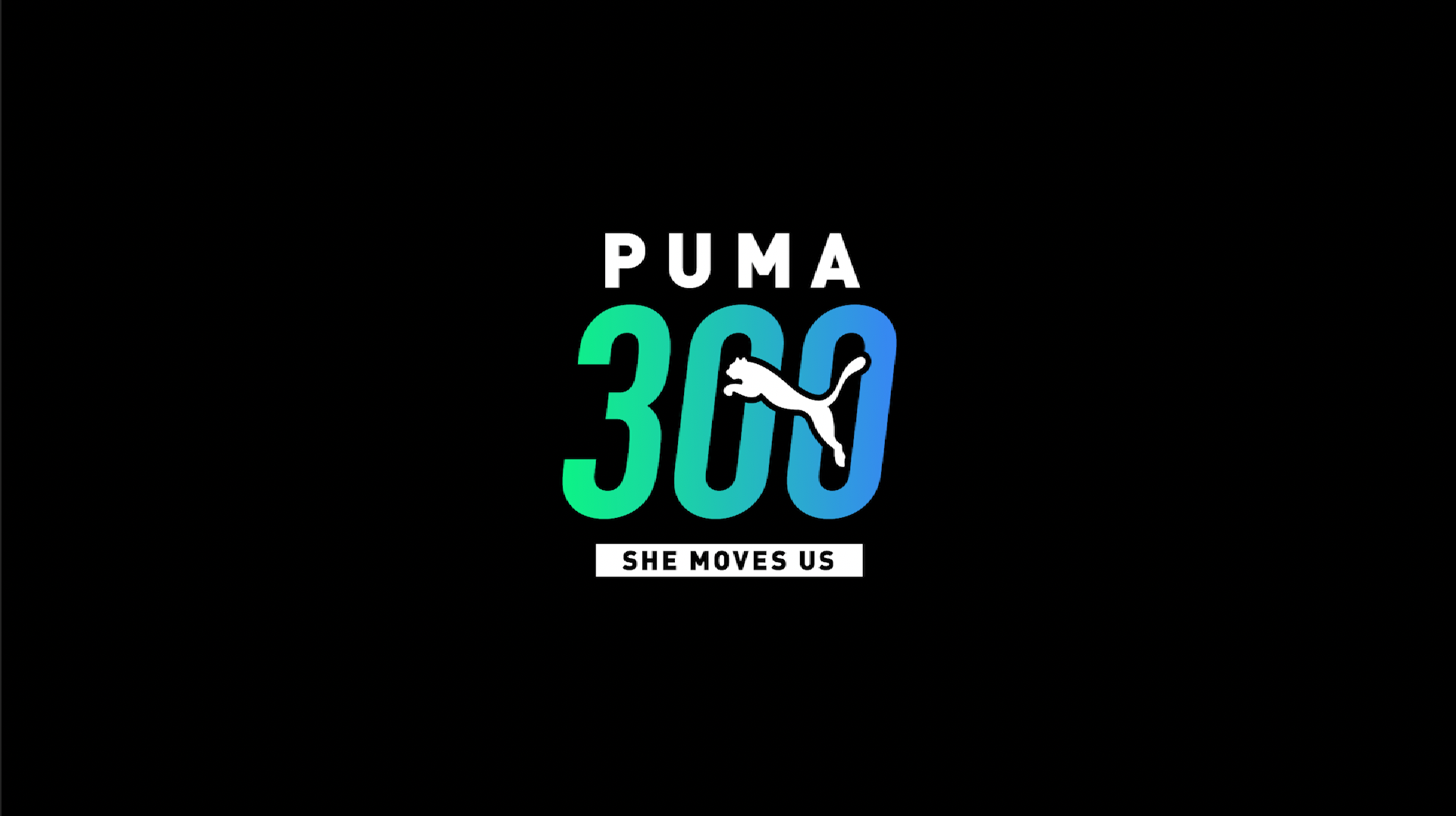 Keepie-uppies, skipping, yoga, skateboarding, push strokes of a wheelchair, walking around set with a camera – these are all movements featured in the new PUMA300 video – and make a clear bid to show the different ways in which we can define the 300. “We really wanted to take this ‘300’ and make it attainable, accessible and really put it into people’s hands,” says Charlotte Burke of the creative agency, Cake, that worked with PUMA on the concept. The overriding message that she hopes viewers will take away is that “any active 300 of whatever you want to do… that’s incredible.”

For a campaign that sits under the umbrella of PUMA’S already established platform, She Moves Us is designed to empower women to embrace movement in whichever way suits them; and having female involvement at every level was key. As well as the talent seen on screen: West Ham footballer Thea Kyvag, jump rope enthusiast Sarah Louise (aka @skippingwithsarah), skateboarder Danni Glover, double Paralympic medallist wheelchair racer Samantha Kinghorn and Team GB 400m hurdler and yoga teacher Lina Nielsen, there was also a strong female presence on set.

“Unfortunately, being part of a women-led crew doesn’t happen that often,” admits Claudia Agati, who photographed a number of behind the scenes stills and portraits of the athletes. “It was a great experience, and a shoot like this one proves that change is possible within the industry.” For the Italian photographer, ability, race, religion, class and culture also play a part: “In order to tell different stories, the industry has to be as diverse as the stories we hope to see.”

As director of the PUMA300 campaign video, Martina Pastori also speaks highly of the “amazing” team of female athletes and creatives. “It was incredible,” she says. “I love sports myself,” she adds, describing the campaign’s message to stay off your phone for 300 seconds – and in turn, move – as a “brilliant concept”. “When I heard about this project, I was immediately excited,” says the Italian filmmaker. “I wanted to create a film that visually illustrates the variety of sport and activities available to young women, and hopefully inspire them to get active and move more.” She hopes her work has captured the dynamism and flow of energy between the athletes whilst showcasing their amazing talent. 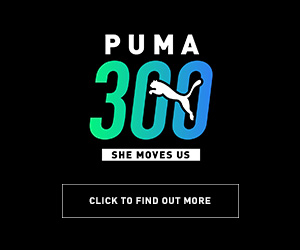 There’s a symbolic moment at the end of the video in which the camera pans to show one of the creatives on set, Cake’s Mica Anthony, in a behind-the-scenes shot. As well as highlighting the fact that everyday activity, such as the number of steps we walk counts as a type of movement, it also brings the creative concept full circle. It was this interaction between the athletes in front of the camera, and those involved behind it, that Claudia sought to capture in her work: “I wanted to portray the collaboration between the people involved in the shoot. It is a very special experience to witness how people connect whilst creating, and I wanted the viewer to experience this process.” Team GB athletes Lina and Samantha were a particular highlight for Claudia to photograph. “Their stories are particularly moving and can inspire many women to break barriers, not just in sports but also in life,” she says.

In her 11-year career at PUMA, Jodie has worked with a number of ambassadors for the brand. A highlight for her has always been how multi-faceted the talent she gets to work with are: “They’re achieving all of these things in their professional lives but they’ve also got other passions outside of that. It’s always really inspirational to be on set and work with them.” For example, at the shoot, skipping supremo Sarah Louise really stood out to Jodie. “I found her story very motivating because she had picked up this movement: skipping, in lockdown, and taken it from total beginner to a ridiculous level of talent.” Jodie recalls how she picked up Sarah Louise’s skipping rope on set and was immediately shown a few moves. “That was really inspiring to see [that] anyone can pick this up… and she [Sarah Louise] talked about it being rewarding because you see progress so quickly. That was awesome.”

Speaking to each of the creatives involved, accessibility comes up as a core theme. As Jodie puts it: “Not everyone is going to play football for their country or be able to run a hundred metres under 12 seconds.” Martina, Claudia, Jodie, Charlotte and Mica all speak of the importance of inclusion and it’s clear to see that the PUMA 300 campaign is aimed at inspiring women of all athletic abilities to take a moment away from their phones and adopt an action that will benefit their mental wellbeing in a positive way. Jodie shares a story which underlines this point perfectly: “One of our colleagues lives by herself and every week she has [a] 60’s disco hour. She whacks on the tunes and dances round her kitchen. I love that! There’s no need to overcomplicate it, and the endorphin hit makes you feel great afterwards.”

For all those involved in the PUMA 300 campaign, in front of the camera, behind it and everywhere else in between, it’s clear that being active plays a crucial role in their lives. While for some, this looks like competing on a global stage at an elite level, for others it has been a familiar part of them since childhood – for example, Mica lists the different sports she’s embraced over the years (gymnastics, athletics, netball, cheerleading, the gym). Then again, for others, movement represents a moment of self-care or a vital part of going about their daily life. Charlotte jokes that she’s no cheerleader, but for her, movement can take the form of breathwork, a de-stressing walk in nature or turning over the pages of a book as she takes time away from her phone to read.

“For me, personally, I definitely know the positive effects and the way that I feel after moving,” shares Jodie, describing how she’s always been involved in sport from a young age. As might be expected from a sports giant like PUMA, there is active encouragement to get employees moving, with a different type of activity organised each Monday for those in the office to take part in if they wish. “One week it might be yoga,” explains Jodie, “and another week it might be football.” A moment that really stands out for her is when she and her colleagues left the office and strolled down to Trafalgar Square to watch and celebrate the England Lionesses’ Euro 2022 win.

Looking ahead, Jodie is excited about further investment in ambassadors, be they international athletes or regular people excelling in their chosen field, as well as partnering with organisations, such as Women Win, that promote female-first initiatives in sport. “The FIFA Women’s World Cup in Australia and New Zealand next year will be a big focus for us,” she says. “The success of previous campaigns on She Moves Us, has been in part down to the fact that people can draw out something that connects to them personally,” explains Jodie: “[She Moves Us] can mean a lot of different things to different people.”

What would she hope people take away from this latest campaign, PUMA300? “We want to get people excited about moving, and that honestly could be anything. Just put your phone down and move.” Although, she does note that it is far easier said than done when it comes to untangling our collective obsession with devices. “Unfortunately, for so many people [scrolling] is so habitual and I think that it is something that takes a lot to overcome. But I think the more we are conscious of it, the more that we can encourage people to just take that time out. It can bring about a real sense of positivity.”

Concept by Cake
Produced and Edited by Root for Glorious 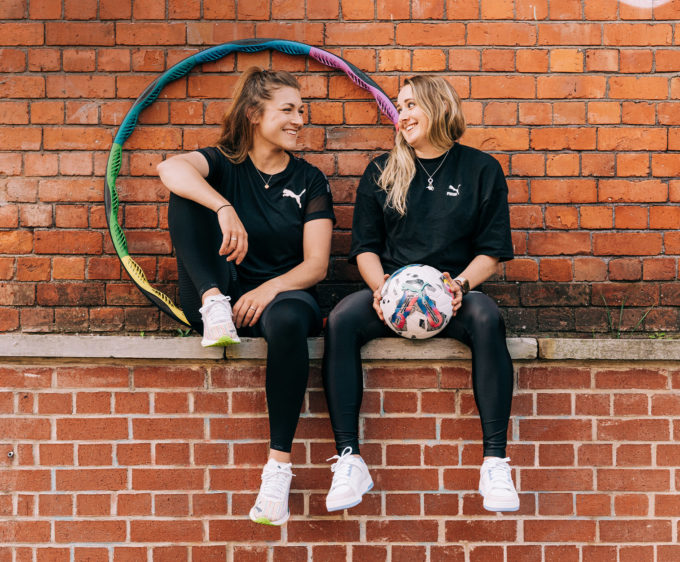 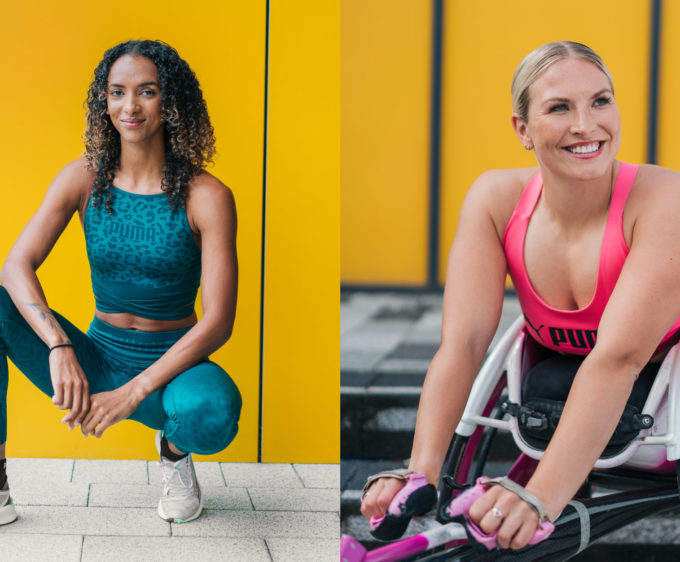 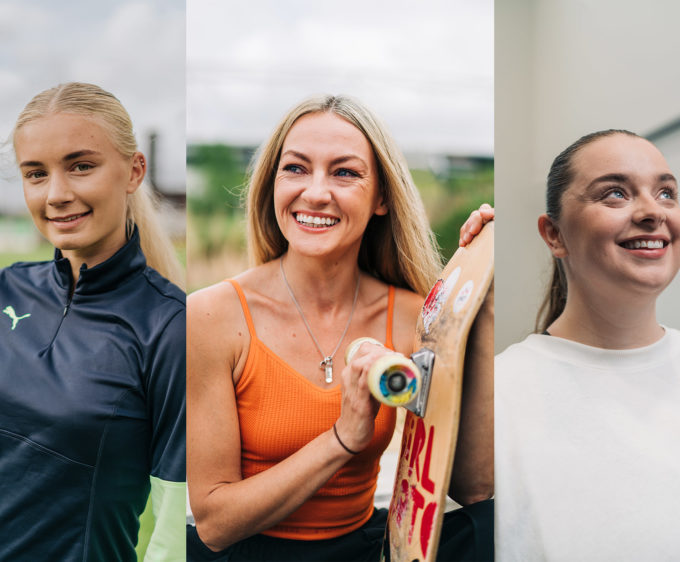