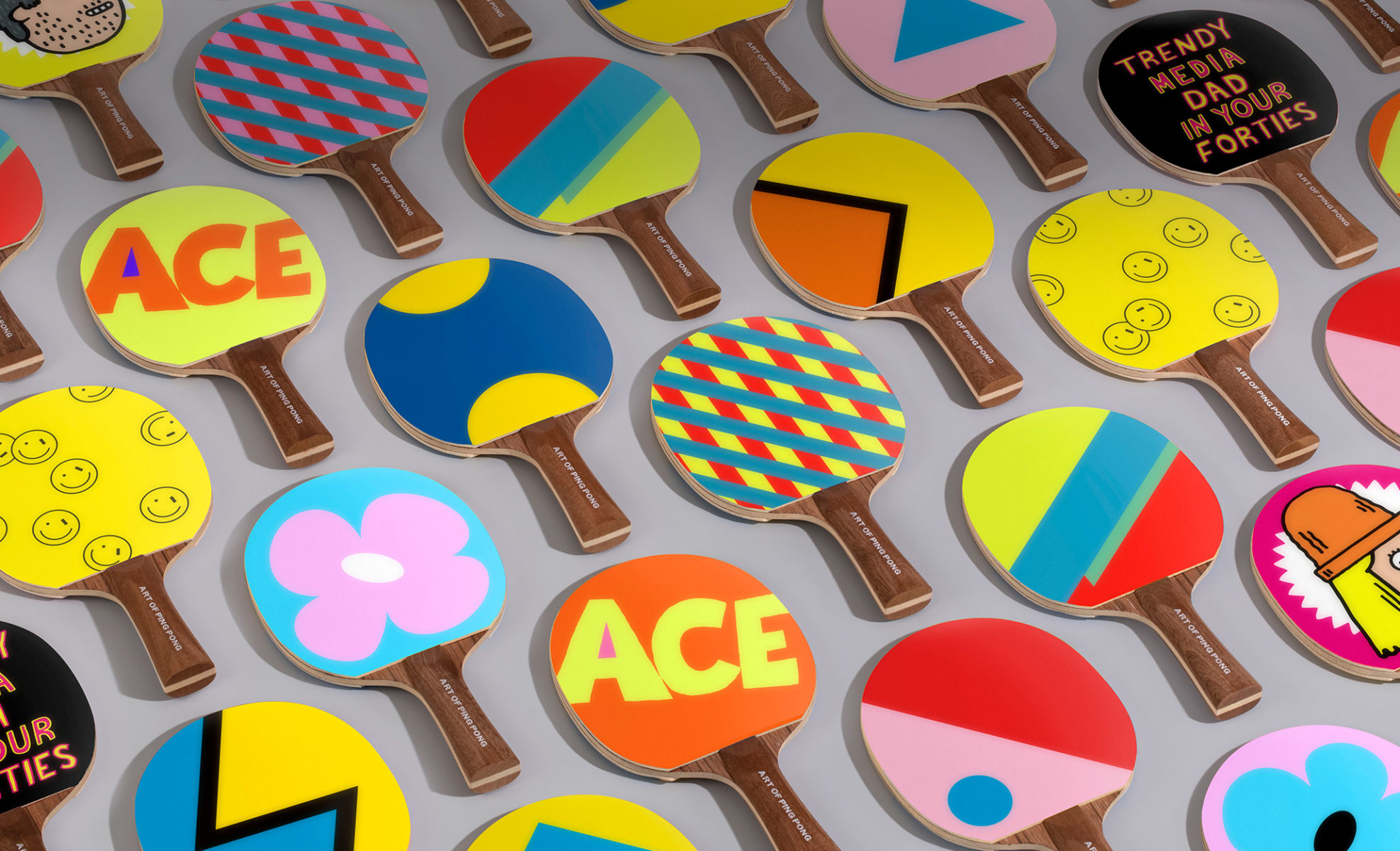 Once the preserve of east London’s creatives, The Art of Ping Pong now serves up sport with an artistic edge to a growing fanbase

If you were to ask someone if they were sporty or arty at school, usually the answer would be one or the other. Rarely does anyone respond with both. To this day, the arts and sports are still positioned, in both professional and personal spheres, as acts that are at either side of the spectrum. Arguably, there’s something about the way the physical body is made taut when trained to react and perform in a game that could be seen as artistic. On the other hand, sheer determination and willpower is reflected in both the athlete and artist. There is an unspoken yin and yang between the two.

Yet there’s still an institutionalised idea that asks us to pick. Are you a left side of the brain kind of person or right? It’s perhaps the fluidity between the two that attracts those to the Art of Ping Pong.The Art of Ping Pong’s story started innocently enough. Algy Batten, the creator behind the collective, sport, fusion – all the things that encompass The Art of Ping Pong, noticed how popular the game was becoming while at his former agency, Fivefootsix. The small ping pong table was never neglected.

As a great way to switch off, ping pong games became rallies between colleagues – Fivefootsix were even winning tournaments in the evenings against other agencies. In 2014, when conversation steered towards how to make every living moment productive, ping pong was flagged as a great way to switch off. “There’s something meditative about ping pong,” says Algy. “Some would compare it to running but personally, when I’m on a run, there’s very little that’s meditative about the actual run. With ping pong, the focus is on the ball, which I believe makes it easier for your brain to meditate.” Unlike a game of pool, as Algy illustrates, where you can pick up your phone in-between turns, a game of ping pong demands all your attention. Focus can’t be afforded elsewhere.

Though Algy admits that at one point, it was pastiche for a creative studio in East London to have a ping pong table, the fact that The Art of Ping Pong has seen the other side of the trend and maintains its popularity, is telling in itself. The question of whether ping pong is linked to strategic thinking, and if this is why at one point numerous agencies hosted games, isn’t exactly why Algy believes creatives flock to ping pong.If anything, it’s akin to your midday shower. The one that serendipitously resolves all the issues you found impossible when at your desk but is solved through washing your hair. “It’s also a social game with bars now dedicated to ping pong and it is entertaining to watch,” he quips.

Unimpressed with the stuffiness of Table Tennis England but inspired by Run Dem Crew, a collective of creatives coming together for their love of running, the community is a key part to The Art of Ping Pong. Though Algy says it’s a “good game” if you push a ping pong table against the wall and play by yourself – something ideal for cramped city life. The whole aim behind The Art of Ping Pong is to rejoice in the little things in life, in the company of those you enjoy being with.

Algy adds: “I wonder if there’s a sense of nostalgia too. As a child in the eighties, I used to play ping pong a lot and didn’t pick it up again until my mid-thirties. By then, I wondered why I ever stopped but there wasn’t really space made for ping pong in my adolescence.” Sports have historically known to be gendered. In the way we critique sportsmen and women, in the binary divides we place onto children dictating which games are appropriate for boys and girls, down to even the body shapes required to fit into that particular sport’s aesthetic, ping pong requires none of these things. Algy reminisces: “There were pool tables and football matches playing in pubs but ping pong was never taken seriously, as something grown men ‘should’ do.”

There have also been studies which show that playing ping pong and other table games activates five different sections of the brain simultaneously, such as your cognitive thinking and awareness. In the Japanese study, ‘The Effectiveness of Exercise Intervention on Brain Disease Patients: Utilizing Table Tennis as a Rehabilitation Program’, sufferers of Alzheimer’s experience an improvement in long term memory and a decrease in brain deterioration, as well a lesser need for medication.

So where does art come into The Art of Ping Pong? “A table is a blank canvas,” explains Algy. “So like everything else that’s blank, be it a pedestrian crossing or a blank board we walk past every day, why don’t we bring more colour and joy into the mundane?” Energised by artists like Camille Walala, whose geometries can be found in the micro and macro parts across London, Algy’s question when surveying a ping pong table wasn’t ‘how do I hide the ugly table?’ but instead “How do I celebrate the table?” Hence why The Art of Ping Pong tables are also pieces of modern art. “So when you take it down from the wall, people think, ‘Oh wow, that’s a ping pong table too!”.

Collaborations with Hoxton Hotel and The Book Club in Shoreditch and the creation of entire ping pong rooms with artists such as Kelly Anna means there are many arms and legs to The Art of Ping Pong. This is in addition to the charitable events for BBC’s Children In Need and installations with Nike and Roger Federer. Just shy of £25,000 fundraised over the years, charity is another integral limb for the platform. As Algy simply puts it, “If you’ve got an outlet, why not use it for some good?”

When asked which other arm The Art of Ping Pong is looking to grow, the founder announced more upcoming partnerships with Mr Porter, sitting alongside recent partnerships with The Conran Shop and Le Bon Marche in Paris. As well as the launch of more collaborations for a new collection of ArtBats in time for Christmas. Illustrators including Marlou Faure, RUDE and Al Murphy. A personal dream for Algy is for The Art of Ping Pong to have its own communal space. Where people can get together and just play. As Covid has taught many of us, community is the founding block to anything, especially when playing a ping pong game.

Have you seen the new ArtNet? You can now play ping pong till your heart’s content head over to our offers page to receive an exclusive offer. It’s easy to assemble for any table, and once you’re done, you can hang it on the wall as a contemporary piece of design. Claim the offer here. 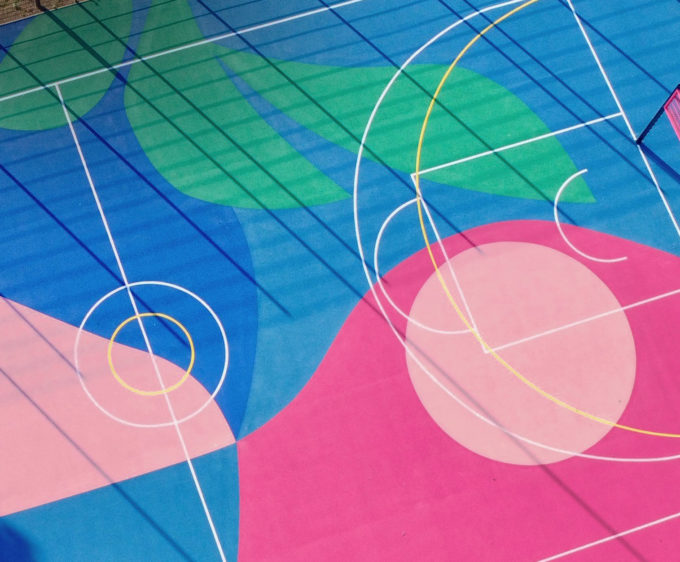 Who says sports venues can’t be beautiful? Not Lois O’Hara, the artist using her design talents to breathe new life into public spaces 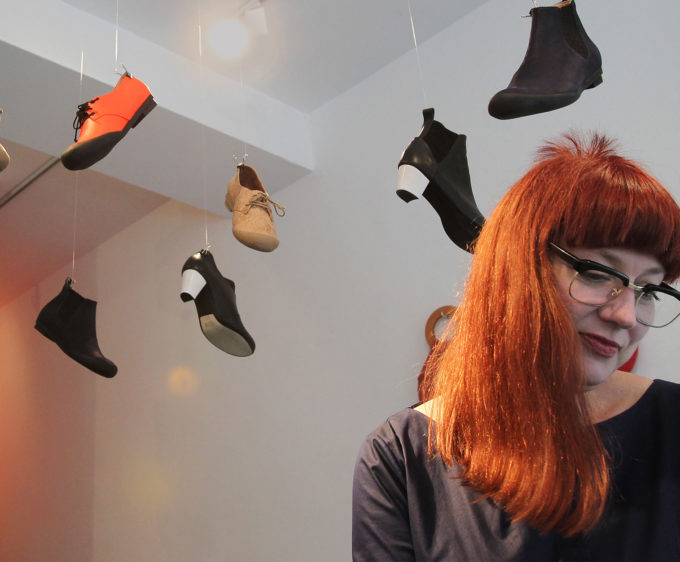 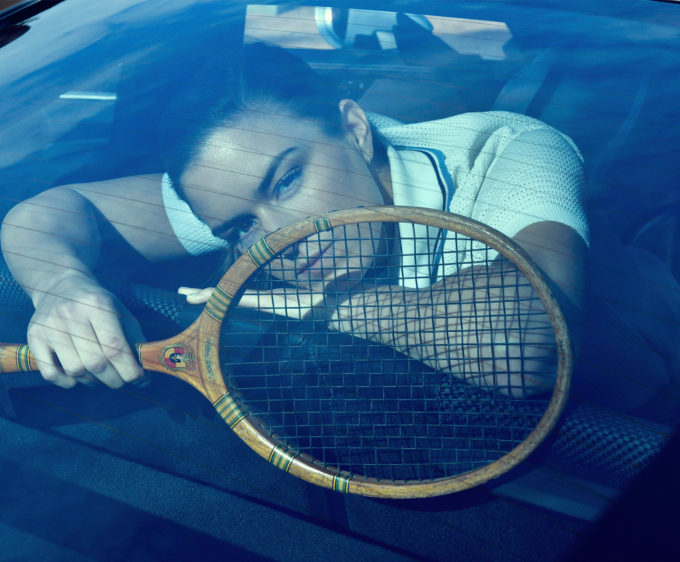