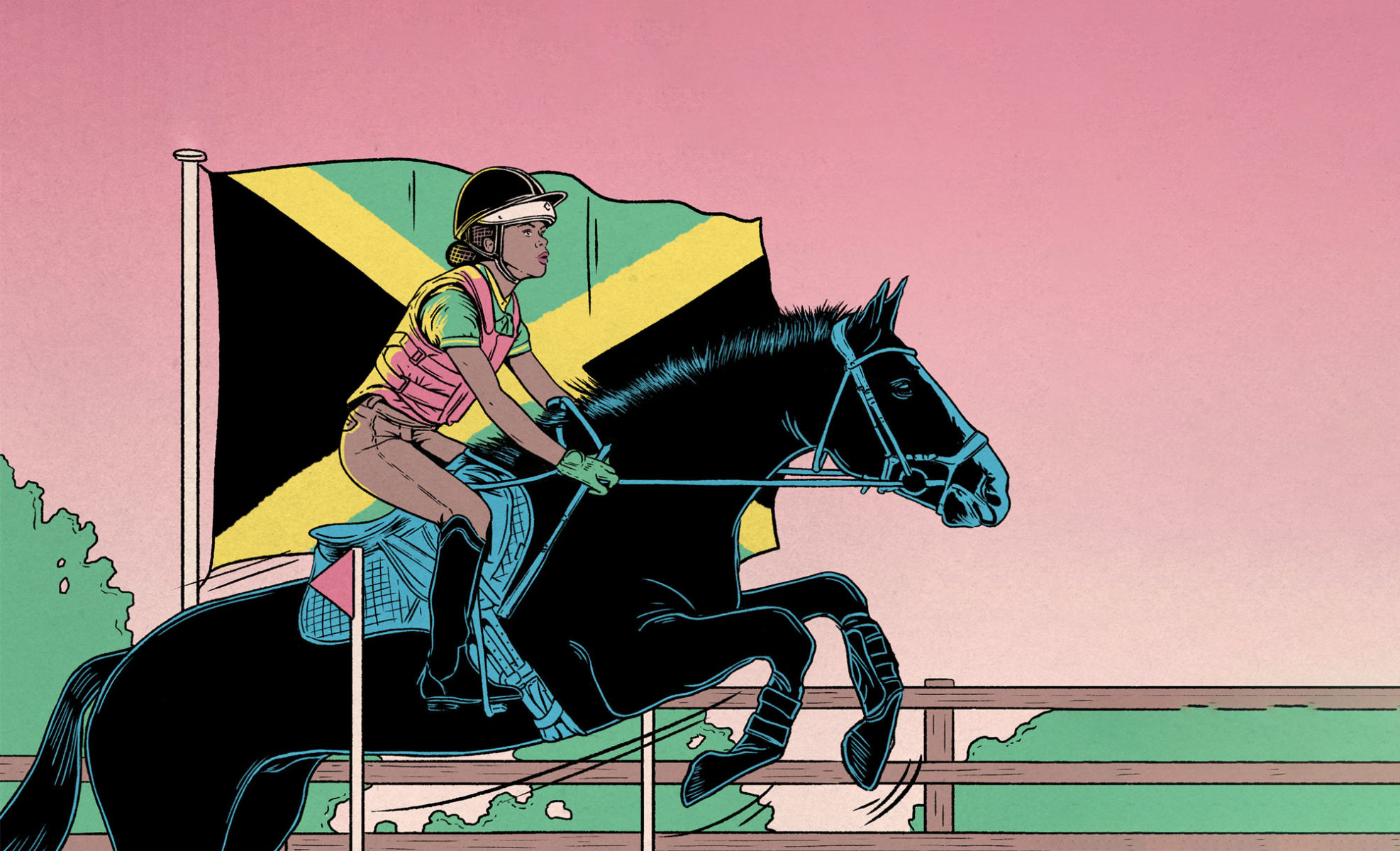 Equestrian sport has traditionally been inaccessible for Black riders. Meet Lydia Heywood, who is setting out to change this

Lydia was born to a British mother and a Jamaican father, and she cites her mother as her inspiration and entry into the horsing world. When Lydia bought her first pony Bella at 11, she enjoyed the time spent with her mother in the Gloucestershire countryside. However, Heywood didn’t only want to ride the horses, she wanted to compete. “I was brave and very impatient to get competitive. I loved Bella to bits, but I was frustrated that other people were able to complete a show jumping course and I couldn’t,” she said. “Bella was referred to as a ‘Ford Fiesta’ and later I went onto a ‘Ferrari,’ my new horse, who was really competitive in show jumping. All of a sudden, I didn’t feel so brave anymore.”

Lydia persisted and went on to compete at national level with the help of national trainers in Gloucestershire. For years, she has shown great promise in Eventing (a three-programme event consisting of dressage, show jumping and cross-country) and began to get noticed as a result of her consistent wins with that pony. However, as a self-funded athlete, aged 13 Lydia had no other option but to delve into the world of auctioneering in Ireland to make money, which she enjoyed. But it came at a price. “I remember a lot of people double taking at the auctions. People would come to see my horses and I’d have a sale. They’d arrive on the yard saying they were looking for Lydia and were shocked when they were faced with a teenaged mixed-race girl.”

Holding dual nationality — owning both a British and Jamaican passport – has led Lydia to becoming an international event rider for Jamaica and holding a place on Jamaica’s Board of Equestrian Federation. Despite taking home impressive accolades, such as the Sarah Staples Memorial Cup for the best placed regional rider and the RJR Gleaner Athlete of the Year 2019 in Jamaica, Lydia is used to shocked reactions at her success.