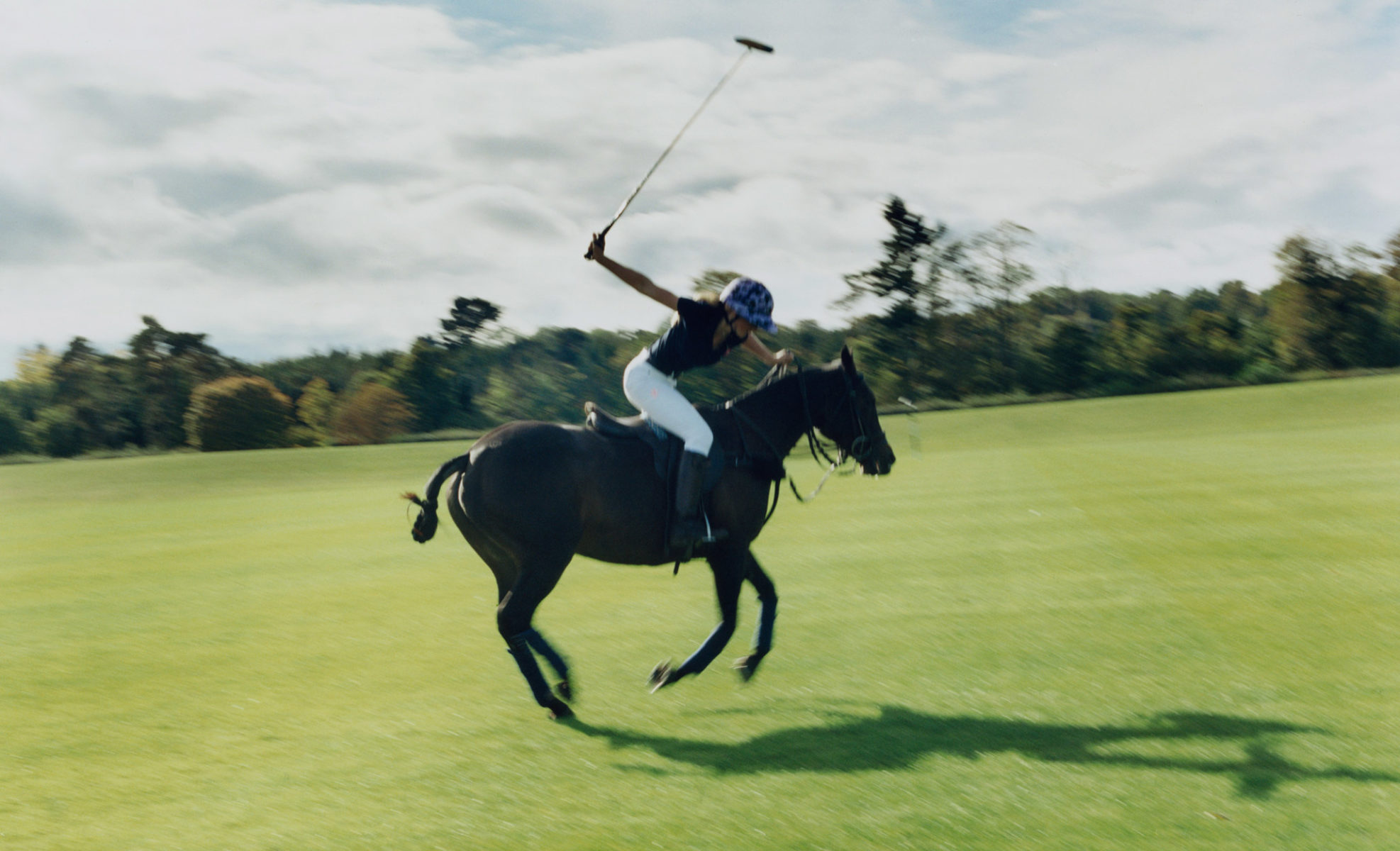 Polo is a game that conjures up images of wealth, royalty and splendour: of mallet-wielding riders and their steeds operating as single, elegant entities as they streak up and down the pitch; of ladies and gentlemen in their summer finery, stomping the divots, champagne in hand. But while polo and its accompanying lifestyle have long been shrouded in glamour and intrigue, the rules of the game, at least, are simple. “Typically, two teams of four people compete to score the most goals, using mallets to strike a wooden ball,” says Hannah Henderson, professional polo player and founder of the Ladies Polo Foundation. “The game is split into four periods of time, called ‘chukkas,’ lasting seven and a half minutes each.

Polo is the oldest equestrian sport, having originated in Persia (now Iran) as early as 600BC as a means of training elite cavalry units. Over time, it became a Persian national sport, played extensively by noblemen and women alike. Yet, by the time it arrived in Britain in the 1860s – by way of India – it was viewed internationally as a man’s game.

It wasn’t until almost a century later that a woman would infiltrate the sport once more – an American player named Sue Sally Hale, who dressed up as a man (bound breasts, fake moustache and all) and rose the ranks of professional polo during the 1950s and ‘60s. Hale’s daughter, Sunny, took up her mantle, becoming the first woman to play on a winning team during the US Open in 2000. “Sunny Hale and a British player called Claire Tomlinson made huge strides; they started it all off for women in polo,” British polo player Nina Clarkin tells me. “But in the last 10 years, it has really taken off on another level.”

This is, in no small part, thanks to Nina herself. Currently the number one female polo player in the world, she was the first woman to win the British Gold Cup in 2003, and remains the only female player to have done so. She also captained the first all-female team to win a mixed polo eight goal tournament in England in 2007. “We won against 43 all-male teams,” she chuckles, evidently still delighted by the victory. Interestingly, both Nina and her sister, the polo player Tamara Fox, say that while mixed polo was far from de rigueur when they fell in love with the sport – aged six and eleven respectively – they never faced prejudice from male players.

“Growing up Nina and I were treated no differently to anyone else at our polo club,” Tamara recalls. “The only time I’ve ever encountered the ‘you can’t play because you’re a girl’ attitude was abroad, and it didn’t last long.” Nina agrees. “I was always of the opinion that if I worked hard and played as well as I could, I’d have to be selected based on the fact that I was better than my counterparts, regardless of their gender. It’s about getting to the point where you’re good enough for the best players to want to play with you – and they did.”

Others, it seems, shared this view, and polo has since evolved to become one of the most gender diverse sports in the world, in that the handicap system allows male and female players to compete at the same level within the same match. Tamara is a keen promoter of mixed polo. “Playing with both men and women is such fun. The polo is faster, better, stronger, plus I’m taller than most men!” she enthuses.

“Traditionally, women are very good on the ball and at scoring goals, but it’s much harder for us to play at the back of a team because it’s more physical and involves more strength work. So when I captained the all -female team during the mixed tournament, we had to step up to that challenge,” reflected Nina.

Nevertheless, while mixed polo is still going strong, recent years have seen a huge surge in popularity for ladies polo. “In the main countries that play polo – the UK, Argentina, America, New Zealand, South Africa and so on – the female side is the fastest growing sector of the sport,” Nina explains. And, as it stands, the UK’s female players are the best in the world. This is a ranking that Hannah is keen to sustain through the Ladies Polo Foundation (LPF), which she founded in 2019. The LPF’s initial impetus was funding. “In 2018, Dodson & Horrell, the UK’s largest equine feed company, gave us some money to play the top level of ladies polo in the UK, and we won. Because of this exposure, some smaller companies approached me, wanting to get involved. So I threw all that money into a pot to benefit other players. Previously most funding had come from individual patrons.”

In 2022, Hannah’s hope is to get even bigger sponsors on-board. “I’d like to be able to look towards the next 10 years of ladies polo, rather than the next 12 months. One of the best things about polo is that it’s so international, as Churchill said: ‘A polo handicap is a passport to the world.’ But it’s obviously expensive.”

The LPF’s other goal is to encourage more people to get involved with polo. “It’s about introducing as many women as possible to the sport. Some might turn out to be professionals, some might just enjoy it as a hobby, and some might want to fund it,” Hannah explains. “We’d like to get into more schools and universities to put the word out. We also run training days to give people a taster.” One LPF success story comes courtesy of British polo player Brigitte Boher, who, in spite of hailing from a polo family, only came to the sport four years ago. “I used to think polo was a very male dominated sport, but in 2018 I went to my local polo club and tried it. The atmosphere was so friendly and supportive: I was hooked!” she tells me. For Nina – one of six LPF ambassadors alongside Tamara – being able to help young players is what it’s all about. “The LPF is there to offer both financial and educational support,” says Clarkin.

“We want to get as many young girls as possible out there playing, because one of the biggest challenges facing women’s polo is taking our young players from being good to very good. It’s about taking more players at grassroots level to the top.” And indeed, in a sport where the majority of players (including Nina, Tamara and Hannah) come from polo-playing families – with ponies and polo clubs at hand from the offset – making polo more accessible is vital to ensuring its growth. “There are actually so many opportunities out there if you’re prepared to work hard, and showcase your talent,” Hannah says. “You can go and stay on an ‘estancia’ (a horse ranch) in Argentina, for example, and have your food and board paid for, while working on the ranch and developing your skills. But not everyone’s aware of these opportunities.”

“I don’t come from a polo family, or one which is able to fully financially support the sport, so I’ve been pushed to work hard to build my career so far,” says LPF member and rising player, Millie Hughes. “I came from pony club eventing and only discovered polo when I was ten. It didn’t seem more exclusive than other riding disciplines and was similarly subsidised.”

And, in spite of polo’s seeming elitism, for Millie, it offers a stronger sense of community than any other sport she’s played. “Individuals of all ages and abilities can come together in polo. It fosters an ethos of inclusion and commitment, where everyone nurtures one another while maintaining a healthy competitive spirit.” It is this element of competition, as well as the gruelling training required to become a professional polo player, that many outsiders overlook. “Polo is a very mental and physical sport,” explains India Parker Smith, the founder of Chukka Wellness, a company that “helps bulletproof the body for polo” through specialist fitness training. “A lot of skill and quick thinking is involved. You need to be strong, flexible and fit, and have a very stable core as you’re rotating and moving your centre of gravity constantly.” Then, of course, there’s the importance of training and connecting with your horses (professional polo requires a minimum of two horses per player, as no horse can play two consecutive chukkas, and many players raise their own ponies).

“They say that polo ponies are 80% of your game, so you have to have ultimate trust in them and vice versa. The more time you spend with them, the more you understand them,” says Hannah.

“My horses are the most exciting and rewarding element of the sport,“ says Emma Boers, the youngest Team GB polo player to date and an LPF ambassador. “It’s incredible what they’re capable of – their power, strength, stamina and speed. People are often unaware of how much hard work and commitment takes place behind the scenes of polo: the management of the horses; the daily yard duties; mucking out the stables.” It could be argued then, with all the hard work involved, that the glamour and fascination that surrounds polo is key to drawing more players to the sport. Once you give it a try, however, the professionals all agree that the sport’s allure lies in much more than its wonderful parties. “The moment I started to connect with the ball at a canter I just couldn’t stop; it’s incredibly addictive,” says Emma. “The sport is so multifaceted – the ponies, the teamwork and camaraderie; the adrenaline and the skill,” agrees Nina, “The joy is endless!” 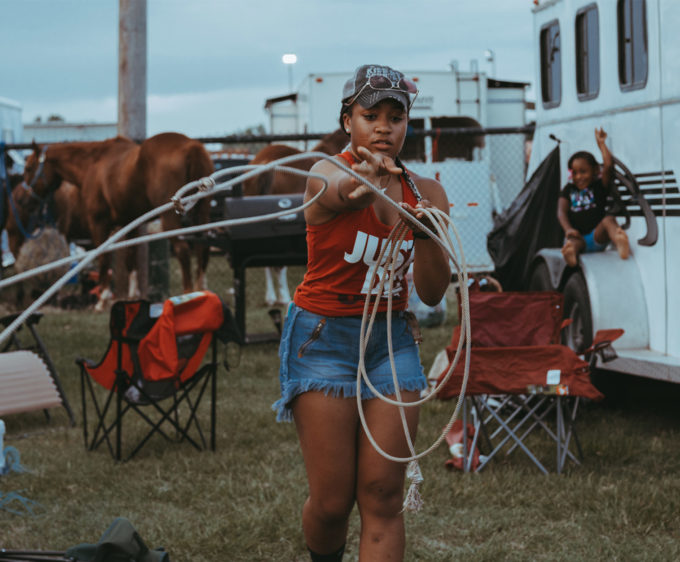 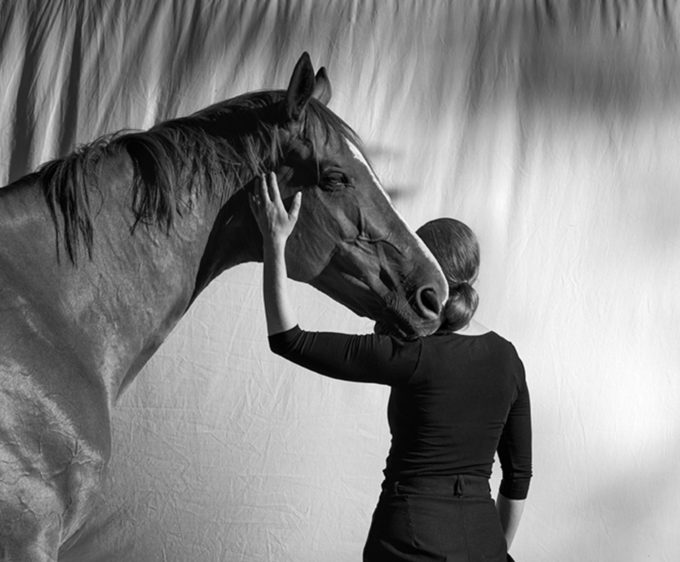 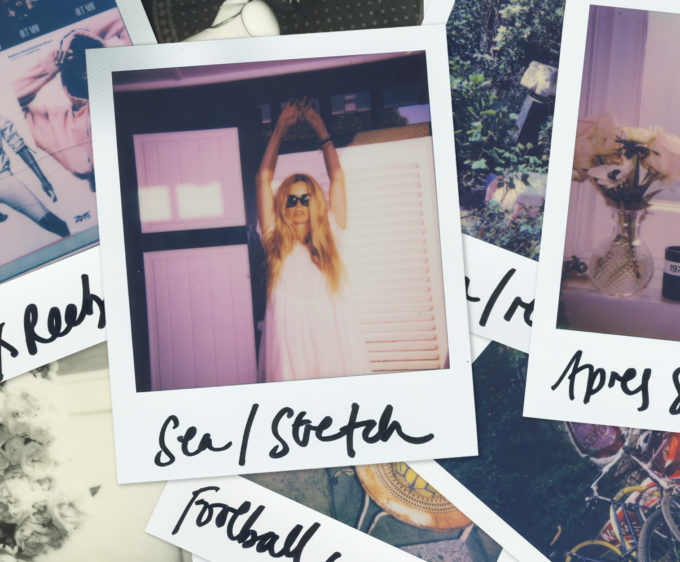 Model, photographer and Contributing Editor at British Vogue, Laura Bailey, talks us through her Polaroid photos and the stories they hold 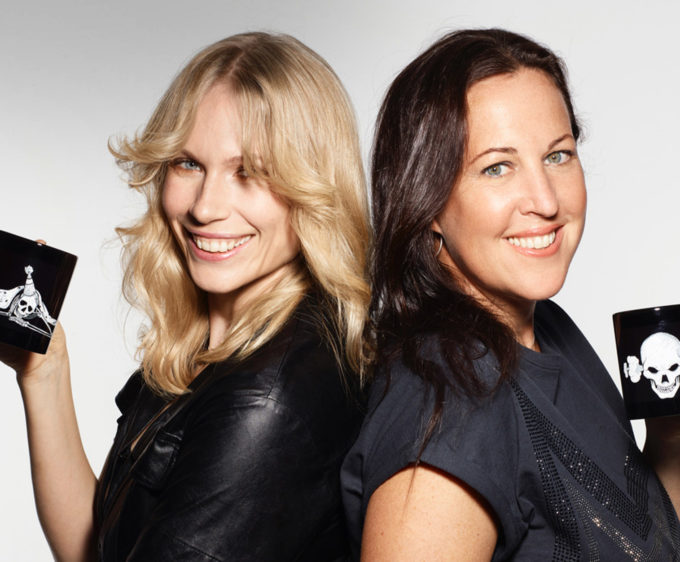 Brewing up a storm in the tea market: we meet two women behind the new wellness brand that plans to leave coffee in the shade