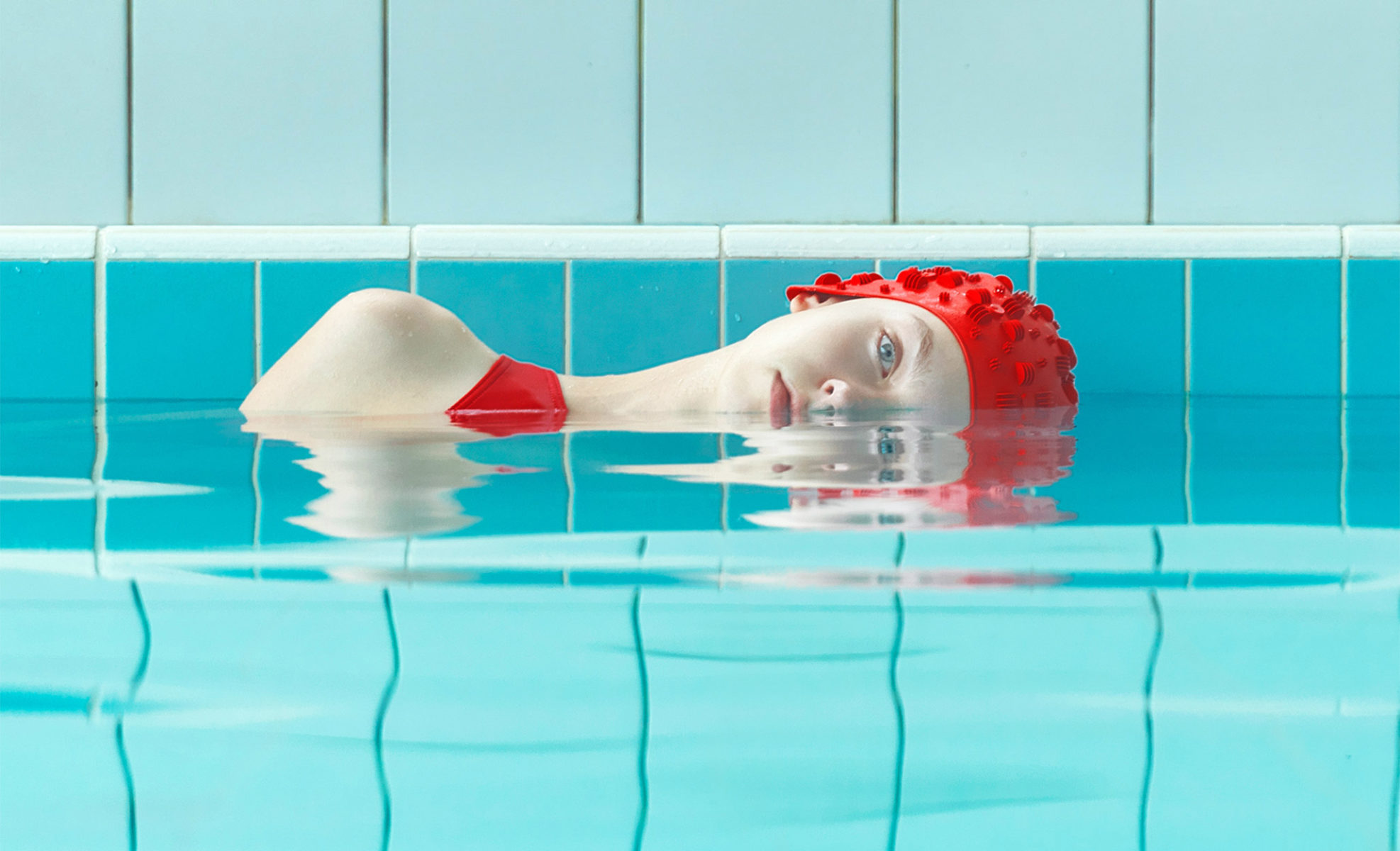 In Conversation With Mária Švarbová

Photographer Mária Švarbová was born in Slovakia just one year before the fall of the Communist regime. While her own memories of that year are largely forgotten, the imagery she creates is steeped in the aesthetics and nostalgia of Communism’s legacy. Her highly produced images utilise original Socialist props, costumes, and buildings to recreate and elevate everyday spaces – from a doctor’s office, a butcher’s shop, and a swimming lesson – and turn them into spectacles of geometry, colour, and atmosphere.

Švarbová’s previous studies in restoration and archeology aid her vision, and her meticulously planned and orchestrated scenes have won her high acclaim. Fascinated by humans and the environments that they inhabit, through these functional, cinematic, and scrupulously constructed images, Švarbová has patented her own genre of other worldly portraiture.

Under the title of ‘FUTURO_RETRO’ – which she named her 2019 book – her images transcend linear time, bridging the past and future, to architect a series of self-contained worlds. Her largest body of work ‘Swimming Pool’ and its subseries ‘Girl Power’ were collectively shot across four years and feature more than 120 photographs taken at local swimming centres. Inspired by the architecture and the light which falls in these spaces, Švarbová’s swimming scenes morph into optical illusions – swimmers multiply into synchronised, symmetrical visions – and lend the series with an overarching sense of unity, hope, and womanhood.

‘Lost In the Valley,’ her first project outside of her home country, takes Švarbová’s vision from Slovakia to California’s Death Valley desert. An uncanny series which continues to examine people and their surroundings, Švarbová’s figures, lost in the Valley, appear dreamlike as they collide with the impossible. A swimmer prepares to dive into the sand and a woman dressed in a Communist style costume leans against a utility pole. For Švarbová, there are no answers here, just an invitation to fall deep into your imagination – as her figures themselves do – and make of this what you will.

Ashleigh Kane (AK): Your work is deeply inspired by your home country, Slovakia – how do your memories and nostalgia shape the work you make? Mária Švarbová (MS): The Communist regime in Slovakia ended in 1989 so I didn’t personally go through that but I grew up surrounded by architecture and design from that era. Themes in my work, such as ‘at the doctor’ or ‘in the butcher,’ are memories from my childhood.

AK: What is it that draws you to create grand, highly constructed works around routine or mundane activities – a doctor’s appointment, a swimming lesson? MS: I like to portray everyday, mundane activities. I focused on photographing people since the start of my career. They are the main source of inspiration – they fascinate me. I think a space without humans is empty and has no meaning. The main focus of my series was to harmonise humans and space.

AK: Can you talk about the role that colour, composition, and symmetry, plays in your work. How do you use them to define your vision? MS: I believe colour is truly my domain. When I was younger, I wanted to be a painter, so I expressed myself through pictures. I love colour so that’s the focus of my minimalistic work. Scenes with these types of colours need a lot of preparation before a shoot. I love spotting symmetry in everyday life and incorporating it into my photography. There are lots of lines naturally in architecture, so I include a lot of symmetry in my compositions. I control every single line in the picture. It’s very important for the final visual.

AK: Can you talk about the process of creating these images and how important are the roles of set design, props, wardrobe, models, to the image you want to create? MS: All of the above are very important to me as the photo must look good on the camera first and foremost. I’m a perfectionist and I love Photoshop and editing too. Ideas pop into my head and I follow my instincts. These scenes require a lot of preparation because I work with a big production team, including stage and costume designers.

Usually we use original Socialist designs and costumes because they look minimalistic and futuristic at the same time. I call this style ‘FUTURO_RETRO’. The lighting also plays a big role. Ideally I use natural lights during the day and occasionally one big softbox. I see my work as a fictitious documentary in the style of art. I prefer shooting on location, where there are large open spaces and a lot of daylight. I often stumble upon something interesting by accident and include it in the scene. I love these moments because it feels like fate.

AK: I read in your book, FUTURO_RETRO, that it is important that the viewer use their imagination to make meaning from your images – can you explain why it is so important to you that they use their own imaginations? MS: Having freedom is very important to me, so I want to induce the same feeling for people through my work. I create minimalist work with models where there is the absence of emotions so the mannequins become a way for spectators to place themselves into the frames.

AK: ‘Lost In The Valley’ feels even more surreal than some of your other works – the people seem displaced in the desert, as if they’ve appeared out of thin air. Can you talk about this series and your reasons for creating it the way you did? MS: The series is about the harmonisation of people and space i.e. humans existing as individuals or as part of something bigger. This was the first time I shot in nature. This series has a relaxed feel – I used vibrant colours without black. The people are lost in the valley but they aren’t frustrated by the situation. They are thinking about their lives or just playing games. The light and shadows, which vary in each shot, are dynamic. It also implies a moment of meditation and inner search. It shows how humans need freedom – time for yourself is so important.

AK: ‘Girl Power’ feels like a change of direction, the people and bodies are much more active in the images – what inspired this change? MS: I switched from static bodies to more movement, which represented a freer role in society. It shows a transition from a tense position into being more relaxed and in motion. Freedom is very important for me and my art process, and also for women and all people around the world.

AK: What do ‘Swimming Pool’ and ‘Girl Power’ mean to you? MS: I created the series over four years with a subseries called ‘Girl Power,’ which symbolises hope, unity of womanhood, and the power of mutual support.

AK: What role does sport play in your work and in your own life? And why are you interested in harnessing it in your work? MS: I love the costumes that athletes wear. I think sport is so important in society. Generally, I try to follow a ‘kalokagatia’ approach to life (derived from the Greek term ‘kalokagathia’, it means striving for mental and physical perfection). I’m also inspired by Communism and its famous Czechoslovak celebration of physical prowess, called ‘Spartakiada,’ in which hundreds of thousands of young people performed synchronised movements in a stadium. At the moment I’m also working on a new project about runners. Watch this space.

AK: What do you want people to feel when they look at your work? MS: Lightness, voltage, time – that’s what I feel.

AK: What has been your glorious moment? MS: My huge solo show in Taipei where my whole body of work was exhibited.

AK: What are you working on currently or what’s coming up next for you? MS: I’m working on various secret projects and experimenting a lot. I want to show people something new, something that they haven’t seen before.

With special thanks to the amazing Maria Svarbova. For further reading, Futuro Retro, published by New Heroes & Pioneers can be bought here. 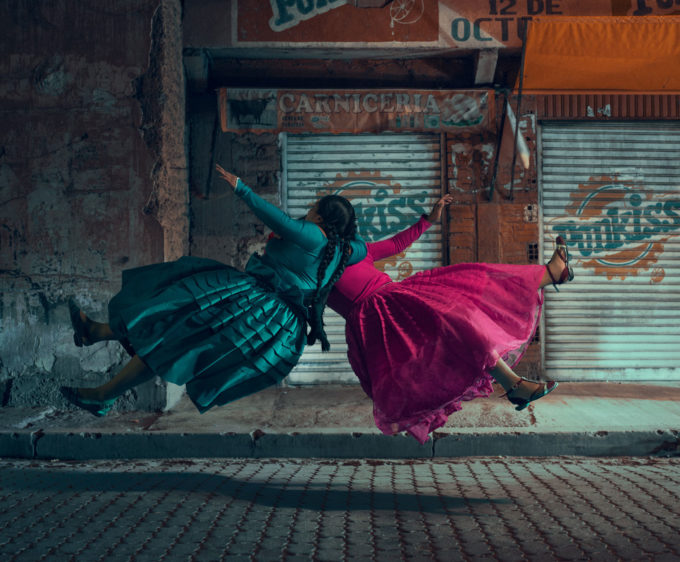 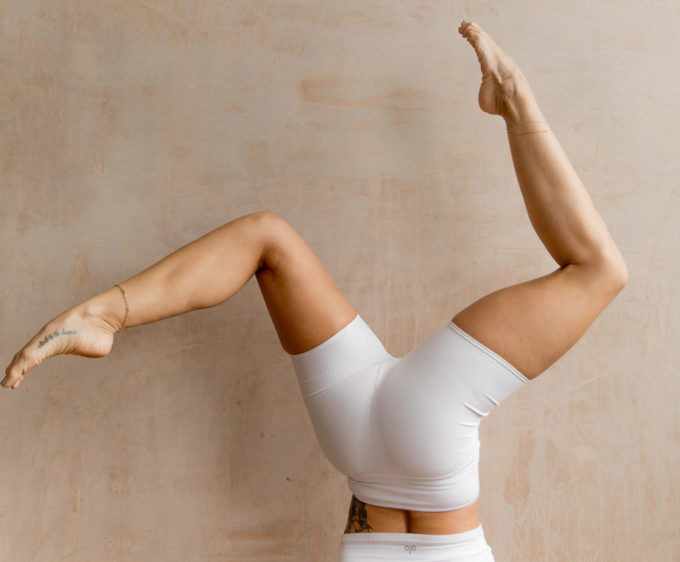 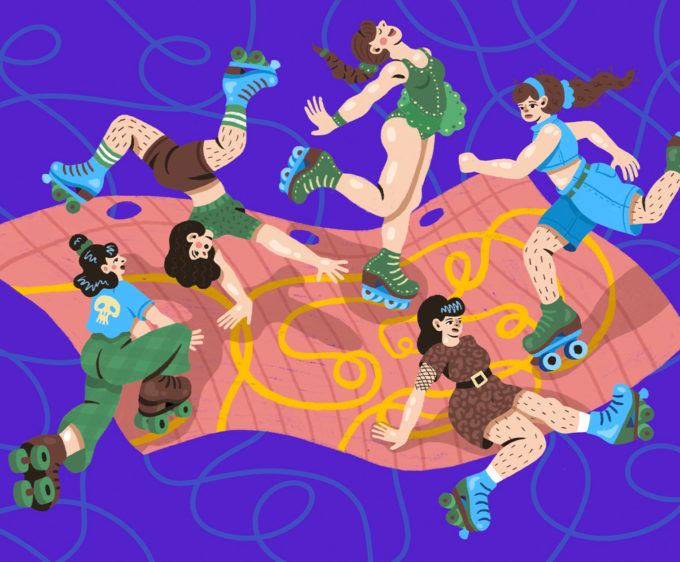 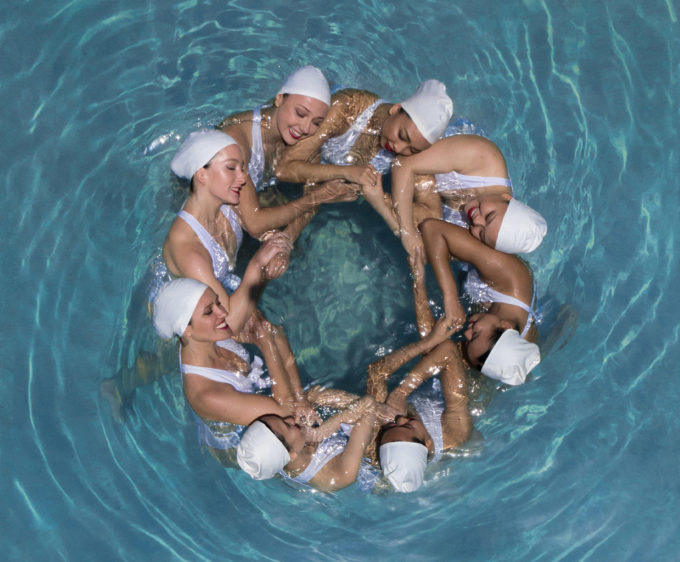 We speak to photographer Brad Walls who has developed his skill for beautiful, symmetrical drone photography with female athletes taking centre stage