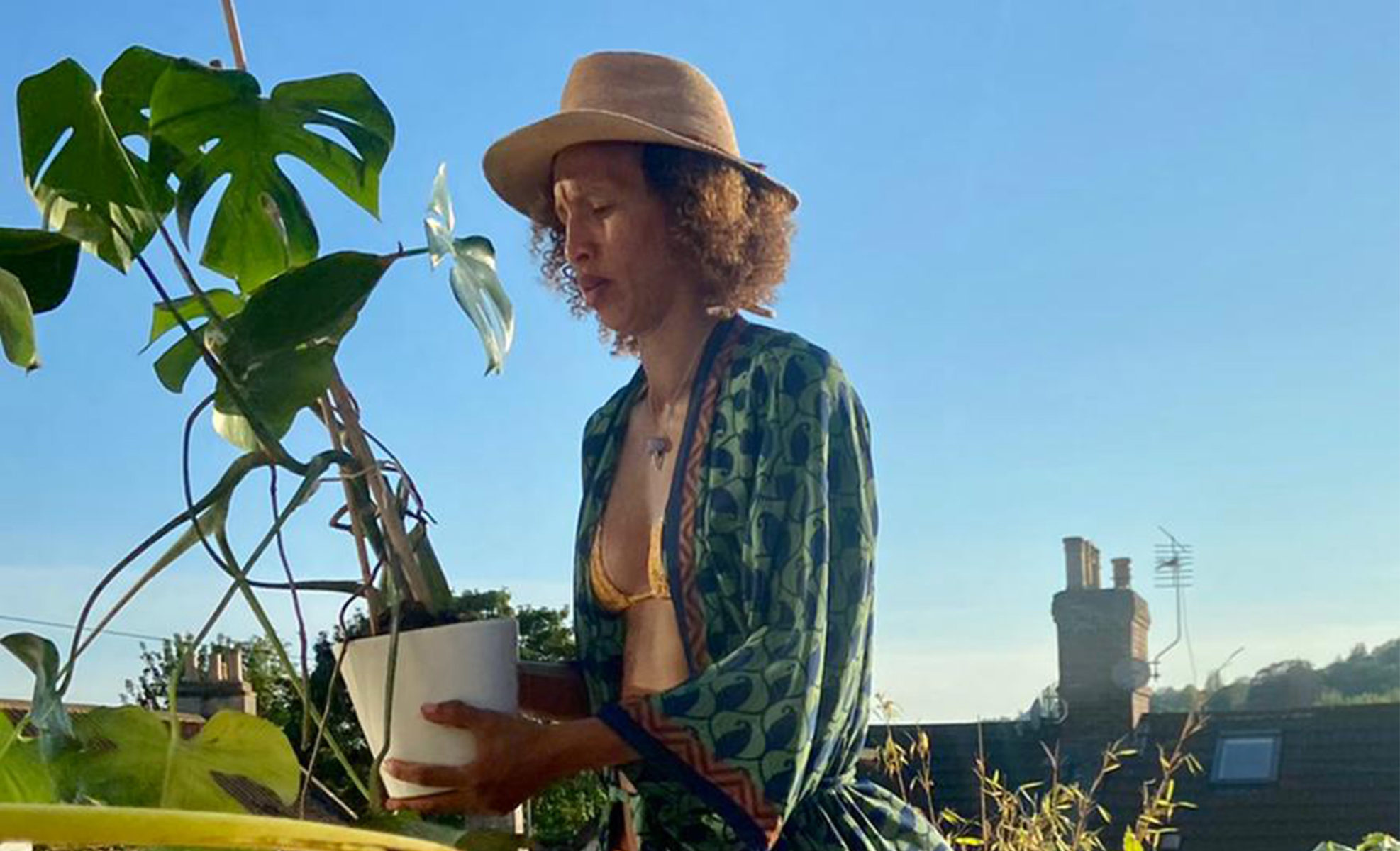 A year off sport could be a real setback for an athlete, but lockdown proved fruitful for netball star Serena Guthrie: “Gardening helped me take my mental health to the next level”

England netballer Serena Guthrie MBE loves to be by the sea. She feels at peace there. It transports her back to her early years living in Jersey, known for its cliffside walks, seafood and beaches. She savours the sound of waves crashing, the sea breeze on her face, the sand between her toes, diving in clear waters. So when the coronavirus lockdown hit hard in the UK in spring 2020, and travel was restricted, Serena, who had recently settled into her new home in inland Bath, decided to embrace it and relive another childhood memory on her own doorstep. Literally.

“I wanted to flip and reframe any negativity around having to stay at home and make it a positive thing by doing something I enjoy,” Serena explained. “So I started getting out in the garden to create a bit of a side project along the side of my house,” she continued, “It brought back so many good childhood memories as I used to garden with my nan and brother when I was a kid.”

Serena spent months, sometimes up to 12 hours a day, honing her skills in the garden, building a small vegetable patch, reading gardening magazines and swapping tips with her mother, who is also a keen plant and vegetable grower. “It was the unknown. It was learning, and that’s what I really enjoyed. There were a lot of subconscious skills already within me, I just had to bring myself into a space to be able to actually use them again. Things like: what plants would go with what? What plants attract certain insects?”

Serena laughed as she branded herself as “sounding like a bit of a hippy” as she talked about how much she appreciates plants and trees as “living beings.” Her animation and smile are infectious as she recalls her challenges in growing an unruly cucumber and cooking with her homegrown Jersey potatoes for the first time. “When you have a garden and you actually start to pay attention to it, you start to see all the amazing things that happen,” she gushed. And as she watched the seeds and flower beds grow, something that she had not expected blossomed inside her body and mind, too.

“Gardening is a form of meditation for me, just to be outside,” Serena explained. “We talk a lot about mental health when it’s not great, but actually we don’t necessarily talk about when we are in a good place. Gardening helped me take my mental health to the next level,” she elaborated, “when I was out there, I could reflect on things. You can go for a big walk and end up putting the world to rights. And I was doing that in my own head. It’s about paying attention to the really small things and we forget to do that in life.”

On the surface, domestic gardening in England has very little in common with deep-sea diving and exploring marine life all over the world. And a year ago, Serena may have been inclined to agree, but now she recognises how two of her great passions are not so different at all: “Gardening is active meditation; active mindfulness where I can bring myself into this space and every day it would be different,” she said. “It reminds me of when I used to go diving. I love that you can go to the same spot every single day for a year and every time it’ll be completely different. You never get the same day underwater, and it’s like that in the garden.”

Serena is the go-to garden expert among her teammates and friends at Superleague side Team Bath. Their chats about cultivating soil and a plant’s foliage are interspersed between conversations on tactics, taking part in training drills and preparations for the final few matches of the regular season. Bath, who have won all but one game this season, are the hot favourites to take the Superlegaue title in June, and have already qualified for the semi-finals, where the league’s top four sides play for a spot in the Grand Final. Serena is known for her physicality on court, positional intelligence, speed and audacious ability. She’s also quite vocal and certainly not a wallflower captain when it comes to expressing her opinion or frustrations.

Serena, who won Commonwealth gold with the England Roses in 2018, credits gardening for her more “controlled and calmer” playing persona on court. During her year away from the sport, she coupled this with regular meditation and occasional yoga. Her decision to take a break from the demands of elite sport unintentionally coincided with the coronavirus pandemic, and she returned to court better equipped to tackle an intense 2021 season, playing under strict bio-secure conditions without fans. “That connection with gardening, nature and meditation helped me manage my emotions better,” Serena explained, “I almost feel this sense of energy surge through me.”

On netball, she described how this approach is reflected in how she plays: “I’m a very emotive player; the way I play is purely through how I feel, so I’m more aware of that now. These types of practices make you very chilled and you look and feel a lot more relaxed in terms of what’s happening in front of your face. I need to be in a space where I have a controlled aggression but it’s about being aware of when to do that and when to pull that back.”

Serena is set to be part of the Roses squad Birmingham 2022 Commonwealth Games, and she’s ready: “It’s nice to have that reflection as an athlete, to know where you need to actually be in order to perform. Some people spend their whole careers not knowing what that is.” This time, there will be a fresh kind of pressure to deal with, as England attempt to avoid becoming a “one-hit wonder” after winning their first ever major title on the Gold Coast. On this, she added: “We’re not defending anything. We want it, obviously. The idea is that we hold onto it for a little bit, but then it goes back up for grabs. We’ll have a good team, which is the most important thing.”

The centre-courter has played top-level netball for over a decade, her career taking her to play in the top leagues in England, New Zealand and Australia, and to captaining the national side. But in recent years, Serena has settled in England with her fiancé Bob and dog Bobby. The adventurous pair, who met in Bali when he was surfing and Serena was diving, have been forced to postpone their nuptials to summer 2022. Four attempts to wed in the past two years have been scuppered by international Covid travel restrictions.

Serena and Bob’s mutual love of cooking, the great outdoors and the ocean bonds them together. While Bob assisted with some gardening, and encouraged her to get into yoga, Serena admitted “she didn’t speak to him for a week” as she was too busy outside bringing her garden dream to life and that he “gets intimidated by my workouts.” She laughed: “He just wants to keep fit, whereas I want to go hard.” Feeling good and comfortable while she works out is vital to Serena, which played a significant part in her decision to become an ambassador for “pioneering” netball sports brand, Flyhawk. “I started playing netball for Jersey at 11 or 12. I’d never seen a netball-only brand dedicating its time, money and resources to netball,” said Serena, who joined the brand alongside Roses teammates Stacey Francis-Bayman, Natalie Haythornthwaite and Jade Clarke..

“It’s exciting and a privilege – really a no-brainer. The brand pioneers and celebrates difference. You’ve got all sorts of people from all walks of life playing. The products feel great as well, especially the leggings, they’re a good indicator of how good the apparel is going to be.” Serena has “an exciting few things” in the pipeline with Flyhawk, giving her the opportunity to express her own ideas and vision. Flyhawk’s name is borne from the notion of when a flock of birds fly together, and grow as a family, which seems apt: “It’s strength in numbers, a united female front,” said Serena. Then just like that, she’s off, eager to make the most of the May sunshine. And work on her beloved garden, of course. 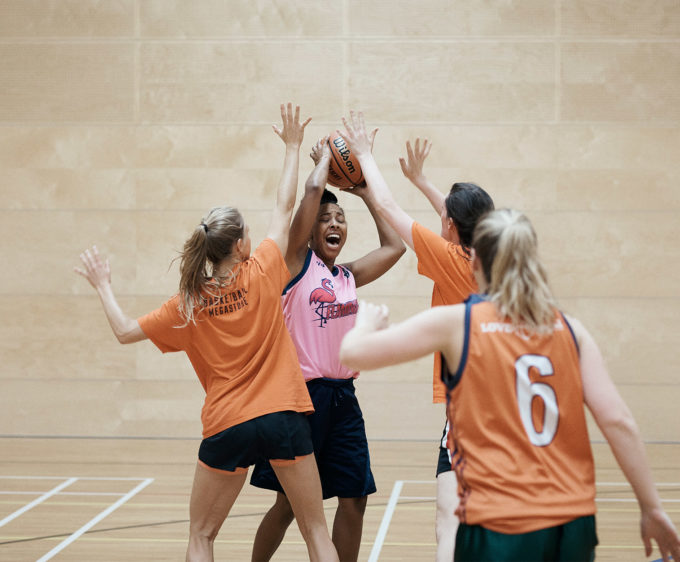 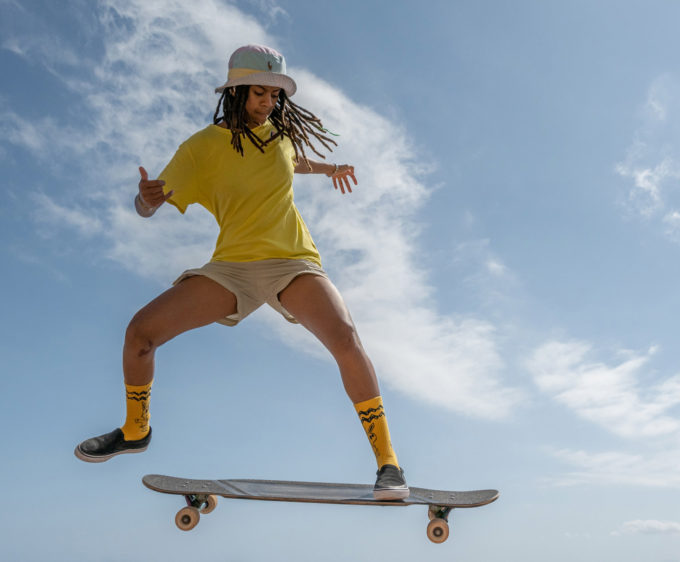 Marina Correia describes the euphoria of longboard dancing: “I have developed a kind of unconditional love for the sport. It’s an art and a way of life.” 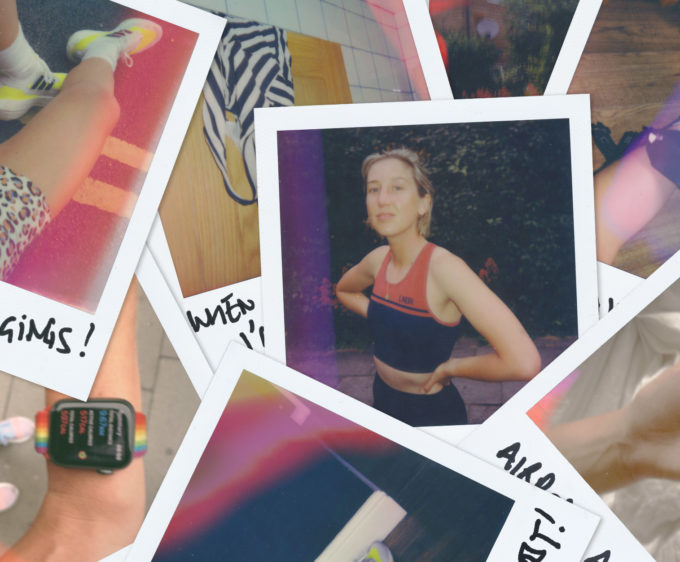 Polaroid series: Travel and fitness blogger Alice Tate, a keen runner and swimmer, talks us through her essentials and the stories they hold 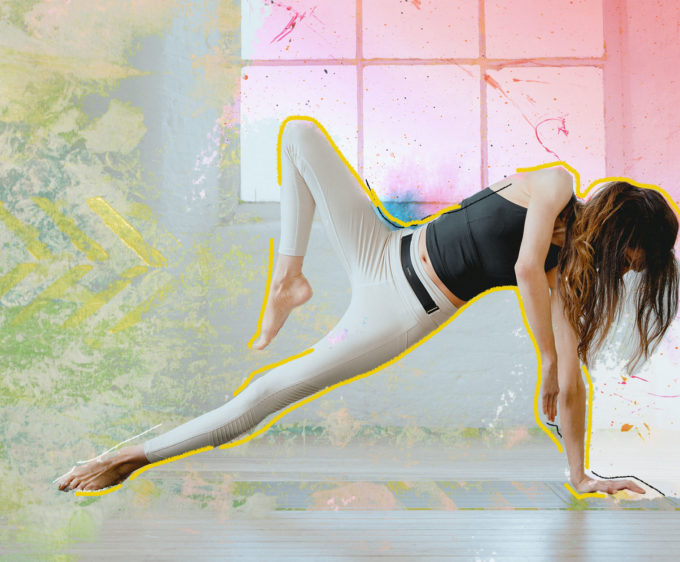 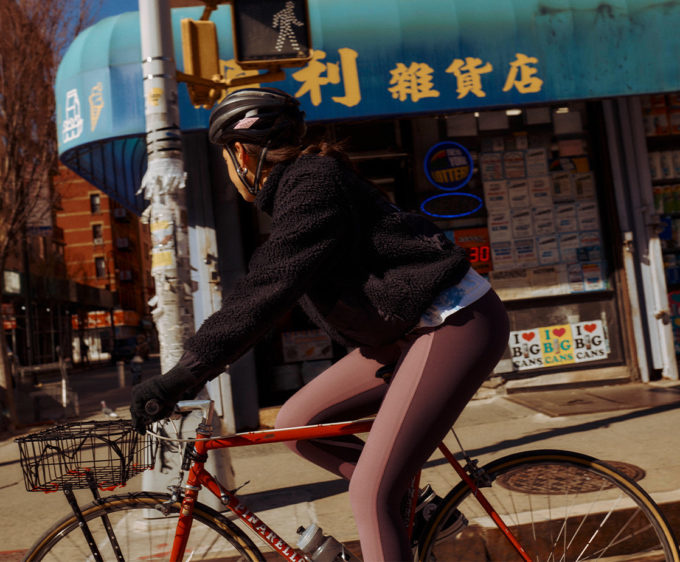 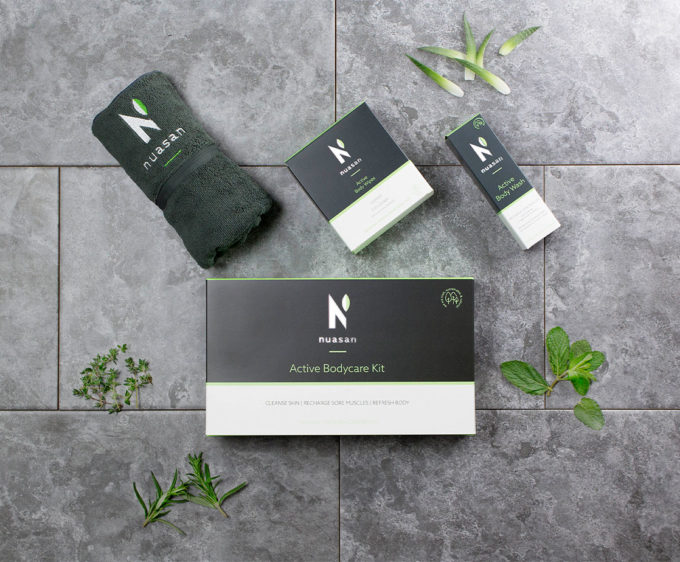 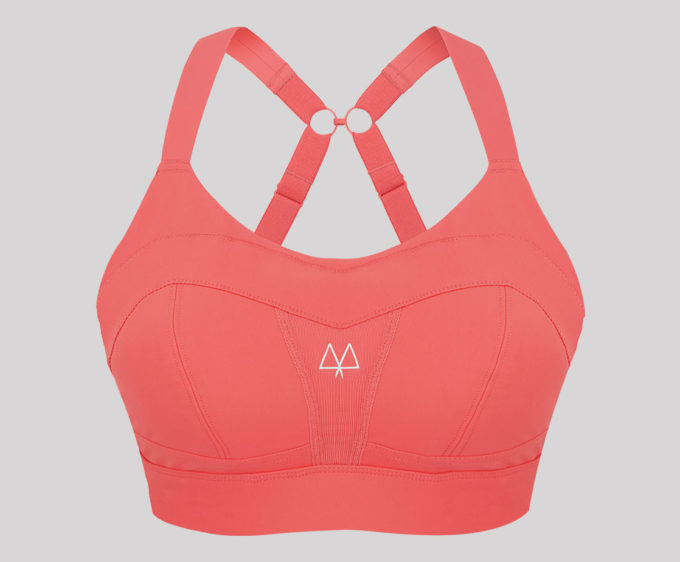