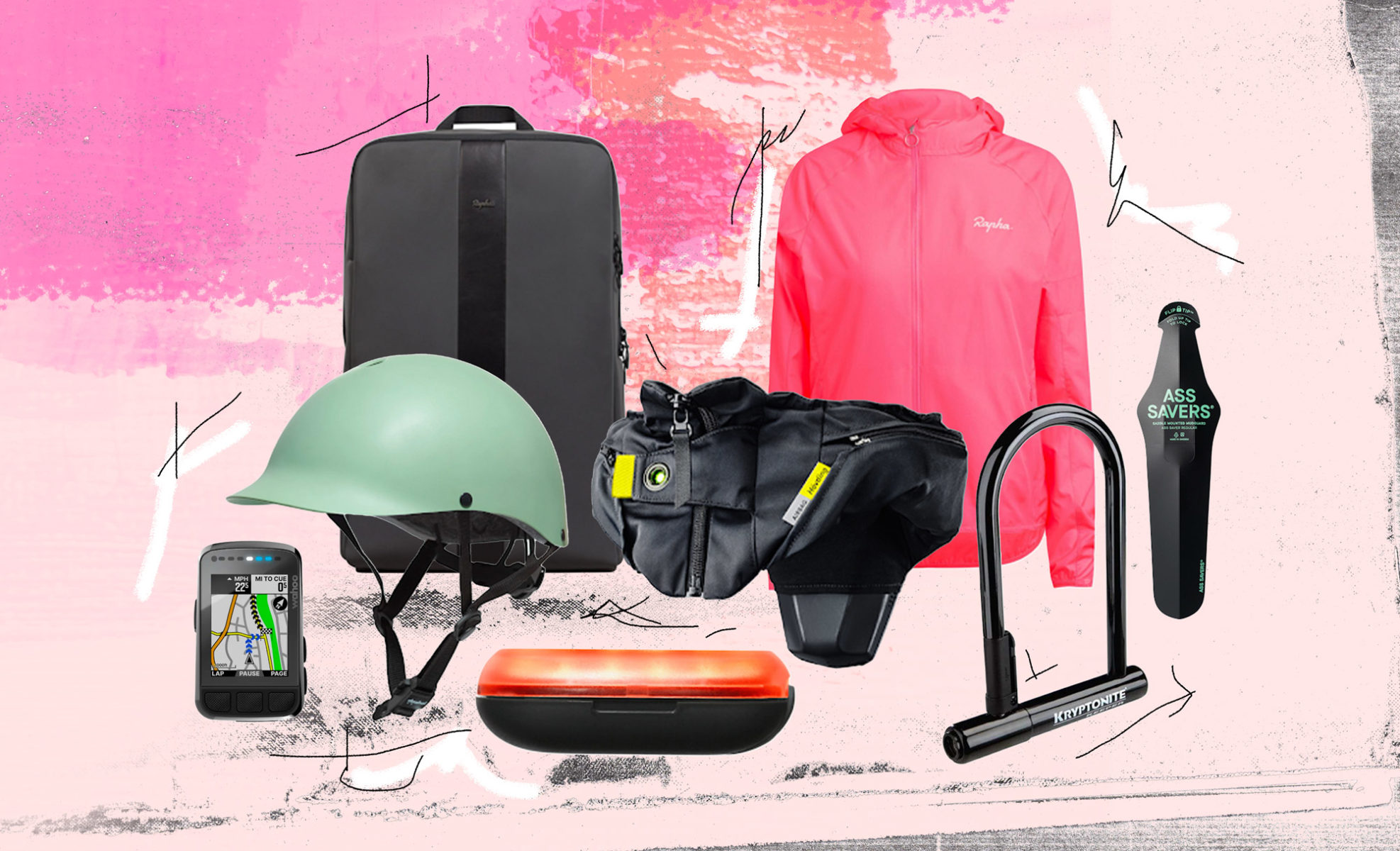 "What's ultimately most important is functionality." From getting to work or leaving the pub, Urban rider Alice Tate talks us through her go-to gadgets for smooth cycling

When I think of cycling I can’t help but think of MAMILs (middle-aged men in lycra). This acronym has dominated the cycling scene of late, and there’s no doubt there are some people who take cycling very, very seriously. I’m not underestimating the challenge of cycling, but do you really need full cycling lycras, padded shorts and cleats for your 20 minute commute? I am, like many, what they call an urban cyclist. I bike to and from work daily — a 15km round trip— and run all my errands on wheels. Even though I’ve cycled to Paris, I still have to embarrassingly wheel my bike to the bike shop whenever I get a flat tyre.

What that 309 mile cycle did teach me was that, yes, there are definitely different levels of cycling equipment (some people’s bikes on that trip I could pretty much lift with a finger) and that you can pay a hefty price for some of the top-level kit. But really what’s ultimately most important is functionality. And that’s never rang more true than for urban cyclists who are getting to work or leaving the pub and almost always in a rush. Yes, you might be able to knock seconds off your commute with a bike that costs hundreds more but what about something to cart your laptop safely in the rain? Or a bottle of delicious wine from the deli when you’re already late for your picnic? And sure, streamlined helmets and skin-tight lycra are vital for Sunday mornings drafting up an endless hill, but what about when I’m on a smog-filled roundabout trying to figure out which exit to take whilst simultaneously dodging a bus?

For urban cyclists, it really comes down to the extras. There are a few accessories that I swear by to make every trip seamless. Let’s start with Dashel’s Urban Cycle Helmet (£79). As a kid, I used to groan at my parents for making me wear a helmet. At some point I admitted it was time to be sensible but still look stylish (if possible?!). Made sustainably in the UK using recyclable ABS and EPS foam, Dashel’s helmets look great and come in all kinds of chic colours (sage green anyone?). When it’s time for a new one, Dashel will even recycle your old helmet for you (the waste used to create new helmets), and then give you a discount while they’re at it. (See Dashel offer here). Also, I’m in awe of the design wizards behind Hövding 3 ‘helmet’ (€349). Born out of Sweden, two industrial design students, Anna Haupt and Terese Alstin, spent 7 years researching before launching this product to market. Hövding is said to be the world’s safest helmet, due to its clever ‘inflate on accident’ technology (fully inflated within 0.1 seconds), and now it’s the world’s safest stylish helmet thanks to a little jazzing up from non other than Liberty.

As for lights, for me it really has to be Beryl Pixel Light (£19.99). I own, love and would recommend these bike lights to anyone. As someone who’s gone through their fair share of bike lights over the years — from the £2 cheapies you buy just to get home safe, to the promise-the-world £60 types — I’ve found Beryl’s bike lights to be the most clever, compact and reliable of them all. Their Pixel Light is the best of the bunch. It uses next-generation Chip-On-Board lighting technology to create a lightweight, small and very bright light, which is USB chargeable (each charge will last you a couple of cycles) and can be used as a front or rear light (switch from red to white in just a click). Not only that but they also come with a handy two-year warranty. If they break, Beryl replace them.

In a city like London a bike bell is another must and the Knog, Oi Classic Bell €19.99  breaks the mould of the classic dome. Created over 5 years (over 140 prototypes later), it’s stylish and streamlined. The curves mimic the shape of the handlebar, which it oh-so-seamlessly wraps around, and comes in a choice of four metallic colours. The sound? I’d say more gentle chime than aggressive ding.

Now, when it comes to a rucksack, you want something comfortable and waterproof. When it comes to an urban cycling rucksack (when cycling is just a small part of your day-to-day) you probably also want something that looks good — suitable for meetings, events, dates and everything in between. The kings of cycling garb, Rapha excel in designing beautiful, functional cycling products with commuter lifestyles in mind. The Rapha Small Reflective Travel Backpack (£120) manages to tick all of those boxes with its sleek, minimalist design. This generous 15L bag’s main pocket has an inner-zipped mesh pocket to keep kit separate from paperwork, with a mesh pocket to store shoes, and a padded laptop sleeve keeps a 13” computer safe on the move.

So sleek and simple. As a UK resident, a good cycle-specific rainproof jacket is also a great investment — ideally one small enough to throw in the bottom of a bag and pull out whenever drizzle prevails. Rapha wins again. Their Commuter Lightweight Cycling Jacket (£85) comes in three high-vis colours, great for keeping safe in the dark. There’s extra ventilation around the shoulders (thank me later backpack wearers) and an integrated pouch on the inside.

Next up, I have to mention the AssSaver (€10.00). I mean, it does what it says: keeps your bum dry and dirt-free on a daily commute. For under a tenner, an Ass Saver really is a sound investment for any city cyclist. Designed in Sweden using a patented FLIP-TIP™ attachment system, the Ass Saver is a small saddle mudguard, which easily slides and locks in place under the saddle (no tools required) and does a stellar job of keeping me completely mud-free. Suitable for all tyre widths, they come in a variety of designs but all do the same job. Truly a game-changer for making wet, cold cycles more bearable.

It goes without saying that a good lock is an absolute essential for any city cyclist. Don’t rely on wire locks, I’d push for a good D-lock to keep your bike safe. At the very least they’re a deterrent from thieves. The Kryptonite Keeper Standard Lock (£17.99) is most commuters’ go-to. At under £20, it’s affordable and will do a stellar job with its 12mm hardened steel shackle. You can mount it on the bike or store in a backpack. For me, sweat is inevitable even for a short ride so I prefer keeping my back free of extra weight. Brick Lane Bikes frontier rack (£105) made my life a lot easier. Suitable for most bikes, this nifty accessory allowed me to strap a bag to the front of the bike where I can keep an eye on it.

When I’m en route anywhere, I get so sick of stopping, pulling out my phone, and memorising my next three turns from Google Maps. There’s endless mind boggling tech about (and I won’t bore you) but Wahoo ELEMNT Bolt GPS Bike Computer (£264.99) is a good place to start. Easy-to-use, clear navigation (even in busy cities), smartphone friendly and a reasonable price tag.

Finally, I have to throw this one in there because a bottle of wine in a rucksack always makes me nervous. Instead of stopping every kilometre to check it hasn’t broken, the Oopsmark Bicycle Wine Rack Carrier (£32) not only looks great but is also super functional too. I love the luxurious leather sling. Wine on wheels never looked so good! 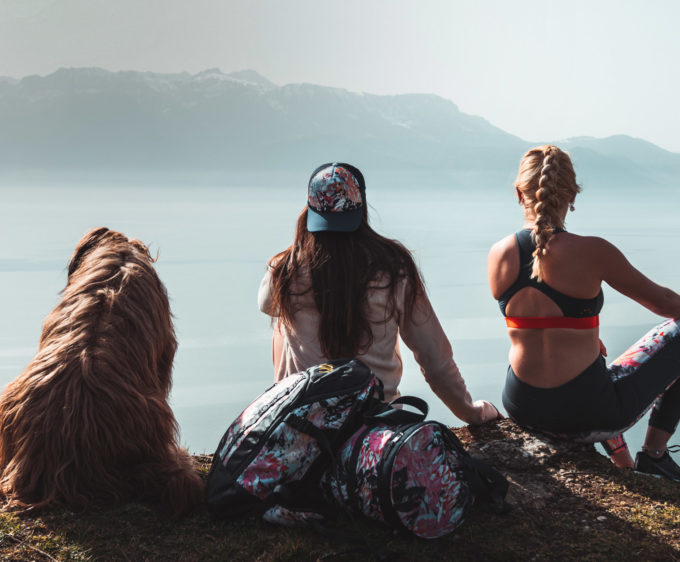 “We were very lucky to be gifted with the philosophy that everything is achievable.” Annika and Jessica Horn, daughters of renowned explorer Mike Horn, talk about how he shaped their mindset – and now they strive to empower women everywhere 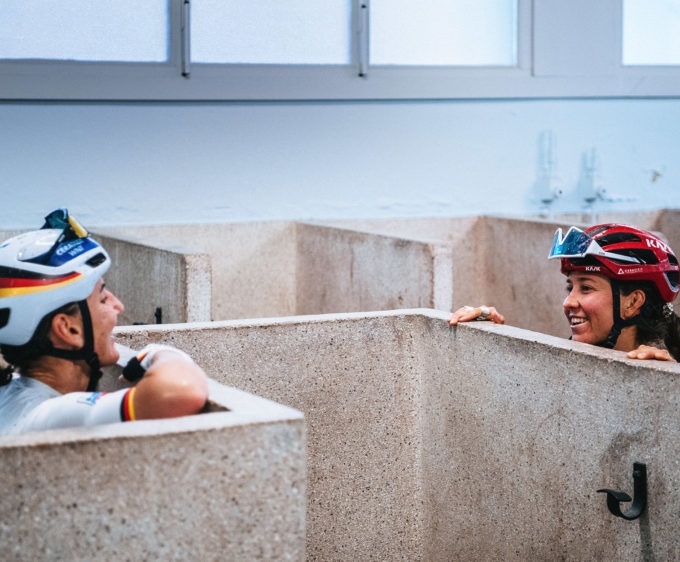 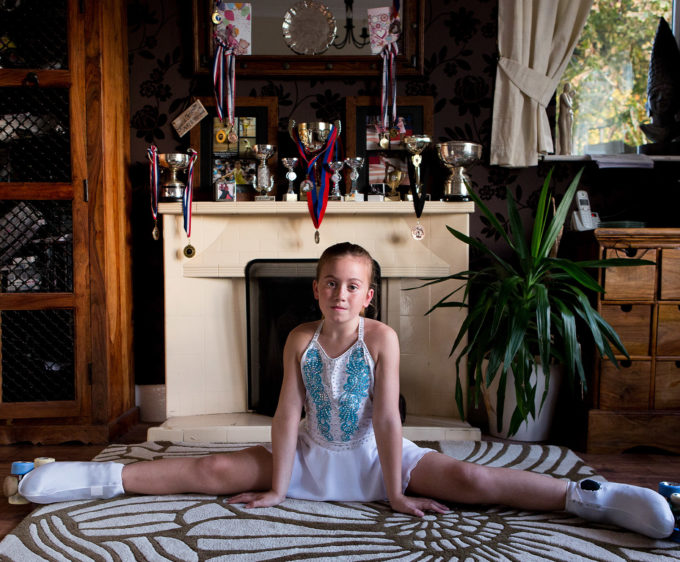 “Skating is about freedom… and being able to express yourself through music.” Documentary photographer Debby Besford talks about artistic roller skating and keeping those times alive through her work 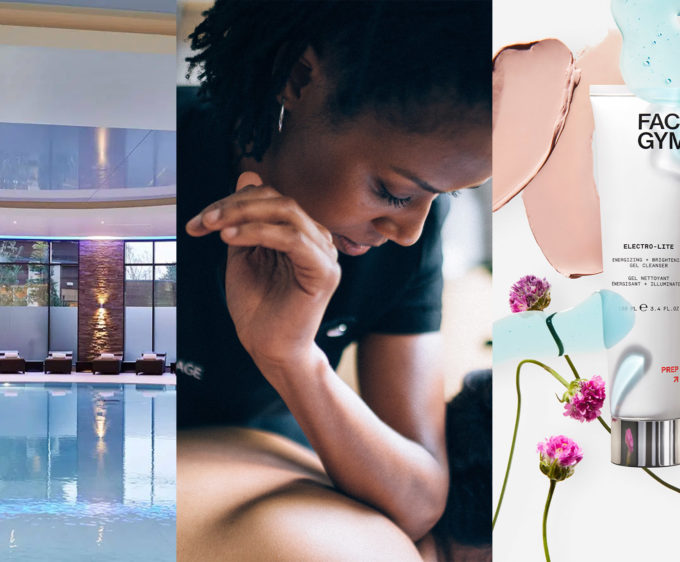 Let’s face it, everyone needs a break! With a focus on mental health awareness this month, if you’ve made it 5 months into 2022 without taking your foot off the accelerator, it’s time to stop, recharge and reset